The news of IAS topper from Jammu and Kashmir, Athar Aamir Khan, marrying his fiance, Dr. Mehreen Qazi in a lavish ceremony has set the internet on fire. While most fans were left awestruck by the mesmerising video teaser of the affable civil servant’s grand wedding, some decided to indulge in intense debate over Athar’s past relationship with IAS topper Tina Dabi. 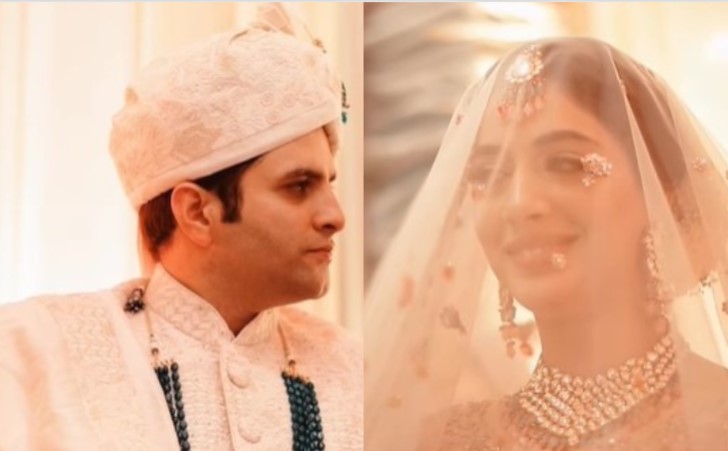 Athar, who was earlier married to Tina, shared a teaser of his wedding video on Instagram. The newlyweds looked stunning in their ethnic attire and the specially composed ‘Qubool Hai’ song left fans stunned.

In the video, both Athar and Mehreen were seen pronouncing ‘Qubool Hai’ to formalise their wedding in accordance with the Islamic rituals. While an overwhelming majority of fans congratulated the newlyweds on starting a new phase of their marital life, some decided to drag Tina by passing unnecessary comments.

One wrote, “Vo kushi na haii joo tina aur athar ki sadii me hue thiii….sir apko ….thoda sa rista ko samjhna chayeye tha dono pachta rhaa hooo (I am not happy as much as much as I was during the wedding of Tina and Athar. Sir, you should have understood the relationship little. Now both of you must be regretting)……I think.”

Another fan wrote, “So sad for tina mam.”

One fan wrote, “Na jane kese kisi ko dubara mohabbat ho jati , kese kisi k sath bitaye din bhul jate h log … Pr ab koi ni jb aapko hi qabul hai to hme bhi hai God bless you … Aap v new life me khus rhe or tina mam bhi (Don’t know how someone falls in love the second time. How people forget the time spent with another person. But it doesn’t matter. If you said Qubool Hai, then we too accept this (reality). God bless you. Both you and Tina maam should be happy in in your new life).”