Videos of a helpless Arnab Goswami crying for help in desperation while being taken to Navi Mumbai’s Taloja Jail has triggered a fresh debate over the Republic TV founder’s false sense of masculinity that he displayed from inside his TV studio. While many have detected a glaring irony in the sorry spectacle of Goswami projecting himself as being vulnerable, others sharpened their knives against the BJP and Prime Minister Narendra Modi for allegedly dumping the controversial anchor during his moment of adversity. Other compared his weakness to the grace and strength displayed by Rhea Chakraborty, whose arrest in the drug racket case was largely due to Goswami’s adverse TV coverage. 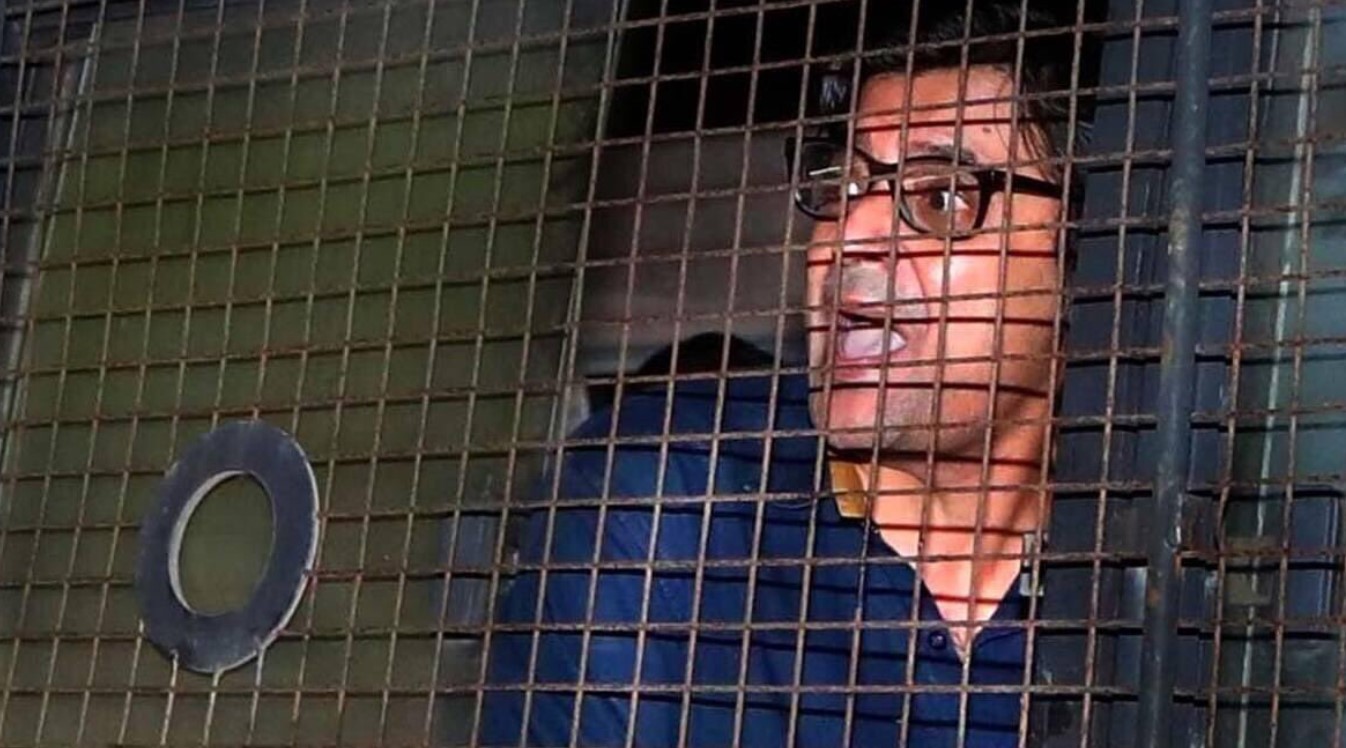 On Sunday, the Maharashtra Police decided to shift Goswami to Navi Mumbai’s Taloja jail after he was allegedly found to be using a mobile phone while being in judicial custody. As the police van carried him to jail, a visibly shaken Republic TV founder cried for help with folded hands. He was seen making a desperate plea to his reporters, “I requested them to please let me talk (to my lawyers). They said ‘we will not let you speak.’ I am telling the people of India that my life is under threat. I am requesting you all. Atrocities are being committed against me. My police custody has been rejected. These people don’t want me to leave from here, go outside. They dragged me in the morning.  Everybody is seeing what is happening to me. They want to delay the process and keep me in jail. Please give me bail, I am appealing to the Supreme Court.”

As the Republic TV team continued to follow the police van carrying Goswami to jail, he was seen shouting in desperation once again, “Please tell the Supreme Court that I was beaten up inside the jail. I want the Supreme Court to help me. The Supreme should help me.”

Goswami’s misery earned him plenty of sympathy from right-wing foot-soldiers, but others drew a parallel between his cry for help during custody and actor Rhea Chakraborty’s graceful silence as she was picked up by the Narcotics Control Bureau following an incessant attack by the Republic TV founder. Journalist Aunindyo Chakravarty tweeted, “For all his “kahaan hai Salman” bluster, Arnab has turned out to be a top-quality wimp. Compare the sorry spectacle of him shouting from a police bus, with the quiet dignity Rhea Chakraborty showed, when hundreds of mic-bearing hyenas surrounded her.”

However, Goswami’s supporters trended hashtag #बीजेपी_पर_थूकता_है_भारत, which loosely translates as India spit on the BJP by borrowing a title of Goswami’s debate show on Republic Bharat, Poocchta Hai Bharat.

BJP is sacrificing the Arnab to gain sympathy. WE MUST FORCE BJP TO HELP ARNAB.

At the time of “Draupadi Cheeraharan” everyone had became blind & deaf

Make it no 1 . BJP will be sole responsible if something happens to Arnab.#बीजेपी_पर_थूकता_है_भारत pic.twitter.com/jgNi2413Fq

Earlier a BJP spokesperson and a supporter of Goswami had bitterly fought on Republic TV after the latter accused the saffron party of abandoning the controversial TV anchor.

Goswami was arrested from his Worli residence on Wednesday in an abetment to suicide case. He was later sent to 14 days of judicial custody. His lawyers moved the Bombay High Court seeking his urgent release, but failed to get relief. The High Court has reserved its order for at least four days.