Janta Ka Reporter 2.0
Home Politics “This is the time to heal in America”: US President-elect Joe Biden...

US President-elect Joe Biden has vowed to press the reset button saying that ‘this is the time to heal in America.’ His comments came moments after it became certain that Americans had defeated the politics of hate championed by Donald Trump during his four years of rule. 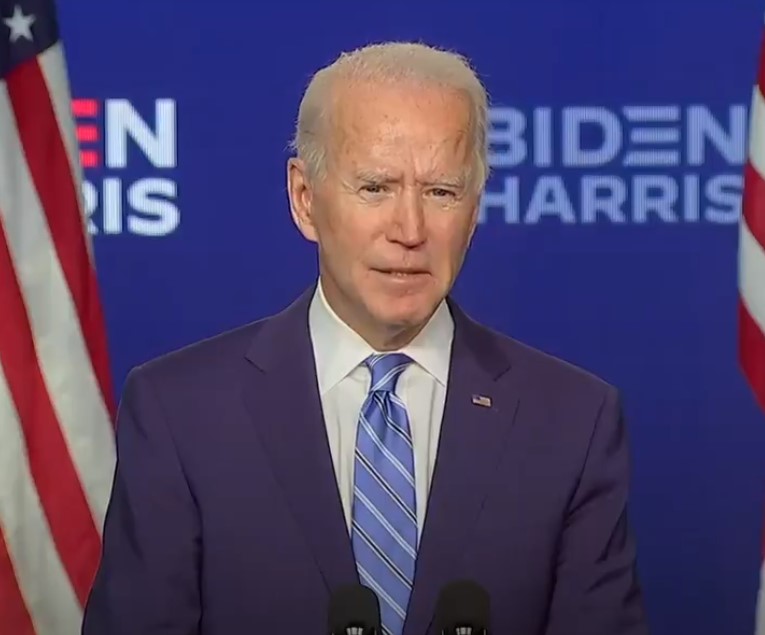 Biden said, “Folks, the people of this nation have spoken. They have delivered us a clear victory. A convincing victory. A victory for “We the People.” I pledge to be a President who seeks not to divide, but to unify. Who doesn’t see Red and Blue states, but a United States. And who will work with all my heart to win the confidence of the whole people.”

Biden said that his victory was a great day for America’s educators, adding that Americans were going to have one of their ‘own in the White House, and Jill is going to make a great First Lady.’

Biden’s stunning victory in the US Presidential polls also meant that his deputy, Kamala Harris, would not become the first woman of African and South Asian origin to walk into the White House for the first time in 243 years of the US history.