A day after raising questions on Tina Ambani, Anil Ambani and Kareena Kapoor Khan’s cousin Armaan Jain’s wedding reception, Arnab Goswami issued chilling threats to the Centre’s Narendra Modi government on the issue of corruption in Yes Bank. Among those attending Armaan Jain’s wedding reception last month were also Nita Ambani, her son Akash and daughter-in-law Shloka Mehta. Goswami made it absolutely clear that he had played a key role in bringing down the UPA government led by Manmohan Singh. He sought support from people in launching a similar anti-corruption campaign against the Narendra Modi government. 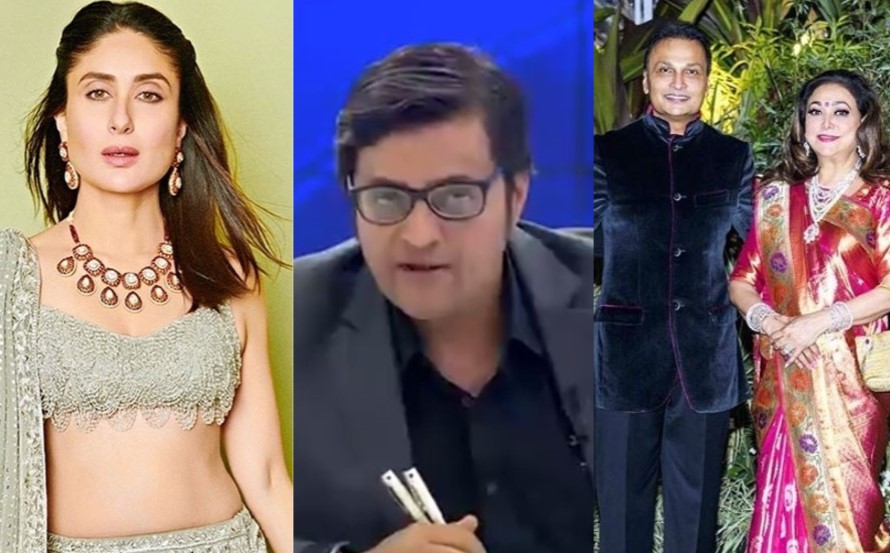 Arnab Goswami thundered, “And in the last two-three days viewers, may I share with you that I am receiving unsolicited advice that we should not at the Republic Media Network dig too deep into the scam in the first place. People are saying ‘why are you going so deep into this?’ They are saying that after all if people of India know the full extent of what they call as the Yes Bank scam, then hundreds of people in India’s financial capital (Mumbai) and hundreds of people in India’s political capital (Delhi) will have to go to jails.”

If this was not a chilling enough warning to the Centre’s Narendra Modi government by a known BJP ally, then Goswami dropped all pretence in his subsequent rant. He reminded the central government of how his relentless campaign against corruption during the UPA2 in 2010 had brought down the government of Manmohan Singh.

He minced no words when the Republic TV founder hinted at possibly doing the same to the Narendra Modi government if corrupt individuals involved in the Yes Bank scam were not punished.

Goswami said, “Somehow I sense the same kind of panic in 2020 tonight among these same corrupt people that I experienced way back in 2010. A decade back when I had the privilege along with my team of spearing investigations into some of the biggest scams in the country, which eventually led to the nationwide battle against corruption, culminating in the Anna movement.”

Goswami reminded his viewers to remember how this had led to the fall of the Congress government. He sought the support of his viewers as he said, “And therefore I thought tonight that since I feel this way, I thought of coming to you on television and asking you for your support once again.”

When the BJP spokesperson sought to blame the Congress regime for the scam, Goswami refused to buy into his argument asked him to respond to questions about his government’s role.

The Centre’s Narendra Modi government has come under fire after the financial scam in Yes Bank exploded. The Enforcement Directorate had summoned Anil Ambani, Zee owner Subhash Chandra, Jet Airways founder Naresh Goyal and Indiabulls chief Sameer Gehlaut to appear before it for questioning on 19 March.

Arnab Goswami had slammed Anil Ambani, his wife Tina while raising questions on their decision to attend the wedding reception of Kareena Kapoor Khan’s cousin Armaan Jain. The reception was also attended by Nita Ambani and her daughter-in-law Shloka Mehta.