Republic TV founder Arnab Goswami was in for a pleasant surprise as a guest began to address him as ‘Dr. Goswami’ during a debate on the transfer of gangster Mukhtar Ansari from Punjab to Uttar Pradesh. Goswami had begun the debate alleging that the Congress government of Punjab was shielding Ansari by according a VIP treatment to him in a jail in Ropar. 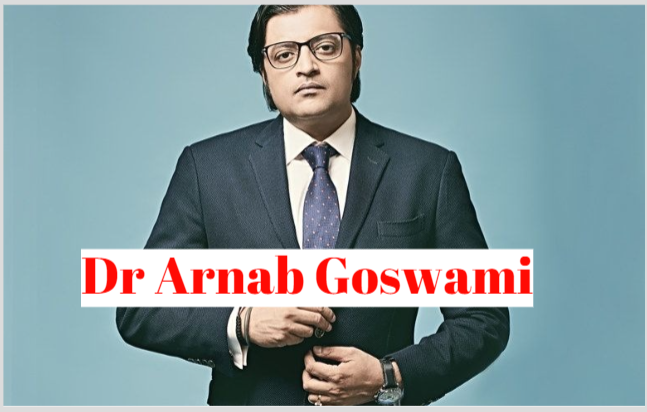 Goswami said, “Politically connected don spun a web of lies and deceit to run away for years. Now he has only one fear. And that is Yogi Adityanath.” Goswami continued,” The issue here is that how a gangster almost ran a state… Today, the situation has changed. Today, he doesn’t want to return to Uttar Pradesh.”

Addressing one of his guests, Goswami said that the Congress party was ‘giving sanctuary Ansari in Punjab. He asked, “Why does a mafia don feel safe in a Congress-ruled state?”

The guest told the Republic TV founder, “Dr. Goswami, I am a walking encyclopedia. I tell you on this TV.” Goswami did not react to the guest addressing him as ‘Dr.’ but responded angrily as he said, “No, no, no, one minute. If you are a walking encyclopedia, then please tell me why 100 bullets were put inside Krishnand Rai on a Lucknow highway in 2005?”

“If you call yourself an encyclopedia, then Alka Rai (BJP MLA and Krishnanand Rai’s wife) is sitting here. Explain this to her,” Goswami continued. The Republic TV founder said that ammunitions were brought from Slovenia and Italy to assassinate Krishnanand Rai.

Goswami showered praises on Uttar Pradesh Chief Minister Yogi Adityanath for taking on the mafia culture in the state.

The Supreme Court recently ordered the transfer from a Ropar jail in Punjab to Uttar Pradesh. While delivering the judgment, the top court noted on 26 March that Mukhtar Ansari was allegedly involved in various cases of attempt to murder, murder, cheating and conspiracy apart from offences under the Gangsters Act, lodged in Uttar Pradesh and 10 of these cases are at different stages of the trial.

A news report by PTI said that the Punjab Home Department had asked the Uttar Pradesh additional chief secretary (Home) for suitable arrangements to be made for Ansari’s transfer. “The said handover is to be made at district jail Rupnagar on/before April 8,” the letter had stated.