The revelation of a French publication claiming that an Indian middleman namely Sushen Gupta was paid 1.1 million Euros (Rs. 9.51 crore) in the Rafale deal has caused a new political storm in India. The Congress has wasted no time in attacking the BJP-led government, while one activist has shared an old photo of the controversial middleman posing for the camera with equally controversial self-proclaimed godman Jaggi. 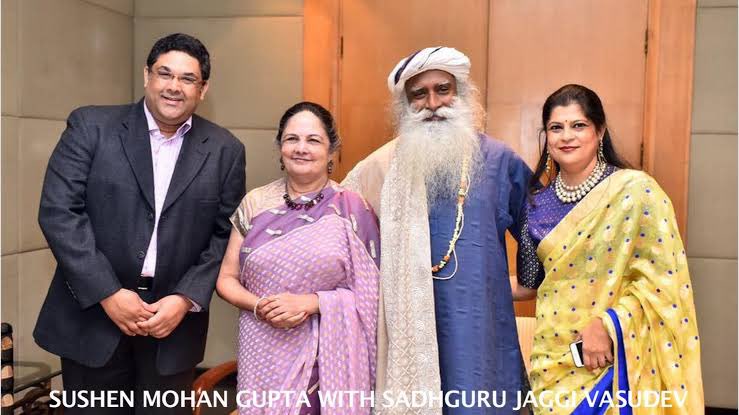 French publication Mediapart.fr on Sunday reported how Dassault Aviation, the manufacturers of the Rafale aircraft, paid 1.1 million Euros to Gupta to secure the 2016 Rafale deal between India and France. The French publication also reported how the sensational disclosure was made by France’s anti-corruption agency, Agence Francaise Anticorruption (AFA) during their audit of Dassault.

“The company (Dassault) said the money was used to pay for the manufacture of 50 large replica models of Rafale jets, even though the inspectors were given no proof that these models were made,” Mediapart reported.

Wasting no time to corner the Centre’s Narendra Modi government, the Congress on Monday demanded a thorough probe into the Rafale defence deal. The party’s chief spokesperson, Randeep Singh Surjewala, told a news conference as per the French portal’s report, an investigation conducted by the ‘French Anti-Corruption Agency (AFA)’ has revealed that after signing of the deal in 2016, Rafale’s manufacturer Dassault allegedly paid €1.1 million to a middleman — Defsys Solutions — which is an Indian company owned by Gupta.

Surjewala said, “Does it now not require a full and independent investigation into India’s biggest defence deal to find out as to how much bribery and commission in reality, if any, was paid and to whom in the Indian government.” He asked, “Will Prime Minister Narendra Modi answer to the nation now?”

Gupta was arrested by the Enforcement Directorate last year for his alleged role in the VVIP choppers scam under the Prevention of Money Laundering Act (PMLA).

Meanwhile, activist Saket Gokhale has shared a photo of Gupta with Jaggi Vasudev, a controversial godman. While sharing his photo, Gokhale wrote, “Oh lookie! Who’s posing with Sushen Mohan Gupta – the middleman that French anti-corruption agency Agence Française Anticorruption (AFA) identified as being a middleman to whom €1 million were paid to swing the Rafale Deal?”

Who’s posing with Sushen Mohan Gupta – the middleman that French anti-corruption agency Agence Française Anticorruption (AFA) identified as being a middleman to whom €1 million were paid to swing the Rafale Deal? pic.twitter.com/NFDMwmGAOX

Meanwhile, Union Minister and senior BJP leader, Ravi Shankar Prasad, has questioned the rationale behind the Congress’ attack over the Rafale deal saying that ‘the Supreme Court and the CAG have found nothing wrong in the deal.’