The first episode of The Kapil Sharma Show after the lockdown may be days away from broadcast, but Archana Puran Singh has ‘leaked’ some key contents of the programme hosted by Kapil Sharma. Archana did so in her conversation with her domestic help Bhagyashree in a recent video. 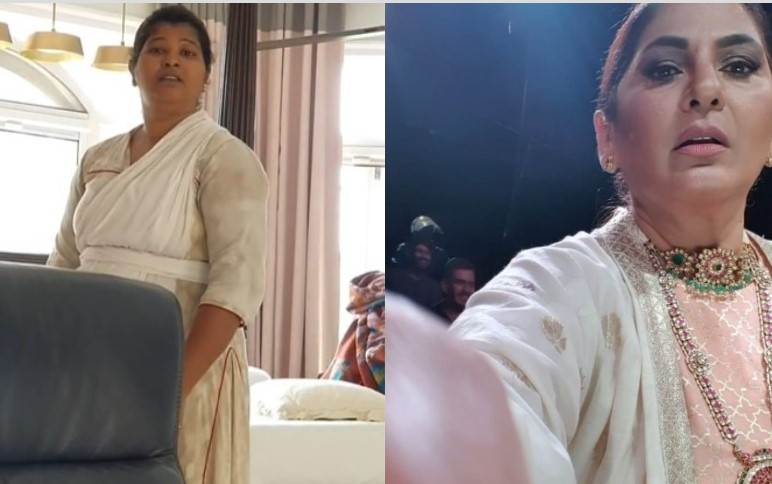 She told Bhagyashree, “You were being remembered on The Kapil Sharma Show. You will have to watch the episode.” This left her maid in utter disbelief as she asked, “What are you talking about?” Bhagyashree continued, “You should tell them (The Kapil Sharma Show crew) that we fulfilled our duty (of making people laugh) even by staying inside our house (during the lockdown).”

Bhagyashree replied, “you should tell them that if they want to pay us, then send us a cheque because nobody sent us any money.” This left Archana in splits as she said, “Yes, we didn’t get any money. If they know the people, who can pay us for those videos, then they should collect it on our behalf and send it to us.”

Archana informed her domestic help that her co-stars were inquiring about Bhagyashree asking why she was not featuring in her videos lately. Bhagyashree said that Archana should tell them that she had taken a small break.

Sharing the video, Archana wrote, “Bhagyashri ke saath kucch khatti kucch meethi. It all starts at home with the family. Adjusting to the new normal is a cooperative process. The contribution of our staff at home is immeasurable. Without them I would be unable to overcome the new challenges being faced on the work front.”

• It all starts at home with the family. Adjusting to the new normal is a cooperative process. The contribution of our staff at home is immeasurable. Without them I would be unable to overcome the new challenges being faced on the work front. #newnormal2020 #stayingsafe