Humiliated by Salman Khan inside the Bigg Boss house, Himanshi Khurana aka Punjab’s Aishwarya Rai was recently in the news for several reasons. First, her ‘formal’ birthday greetings to boyfriend Asim Riaz triggered speculations that all was not well with the couple. Then the news of Himanshi’s poor health prompted many to speculate about whether she had tested for COVID-19. Now the former Bigg Boss contestant is back to trending on the internet because of her viral video, where she was seen breaking into a hilarious dance. 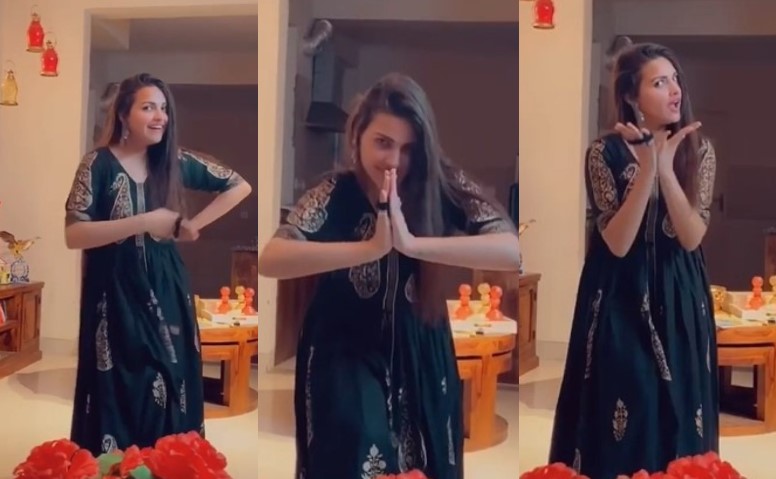 In the viral video, shared by Himanshi on her Instagram, the singer-actor was seen performing a funny dance. Dressed in a pretty Anarkali, Himanshi was seen showcasing funny dance steps, leaving her fans in splits. One wrote, “Too funny.” Another inquired, “We are not able to Asim (in your videos) these days. “We don’t see you and asim together in you guy’s feed that much why?” asked another fan.

Himanshi formal birthday greetings to Asim Riaz had recently prompted many to speculate if both of them had split. This was after Himanshi had to Twitter to write, “I wish that life always gives you a reason to smile… Happy Birthday @imrealasim ?? ?.” This had evoked an unusually dull response from Asim, who wrote, “Thankyou @realhimanshi.”

As for Himanshi’s dance videos, she had recently said in one of her posts that she loved dancing. She had written, “I remember as a child, I’ve always been the one to express myself with movement. I can’t sit straight when I’m sad and I dance when I’m happy. I love to dance, alone or with my friends because the more the merrier! But quarantine took a toll on this and we are stuck in our houses but like I said I need some movement in my life, and hence I dance daily to the songs I love and It has always helped me stay happy, sane and positive!”