Choreographer-filmmaker Remo D’Souza’s wife has penned an emotional note to thank Salman Khan for extending emotional support in the aftermath of her husband’s heart attack. Calling Salman an ‘angel,’ Lizelle Remo D’Souza thanked the Bigg Boss host for ‘being there.’ 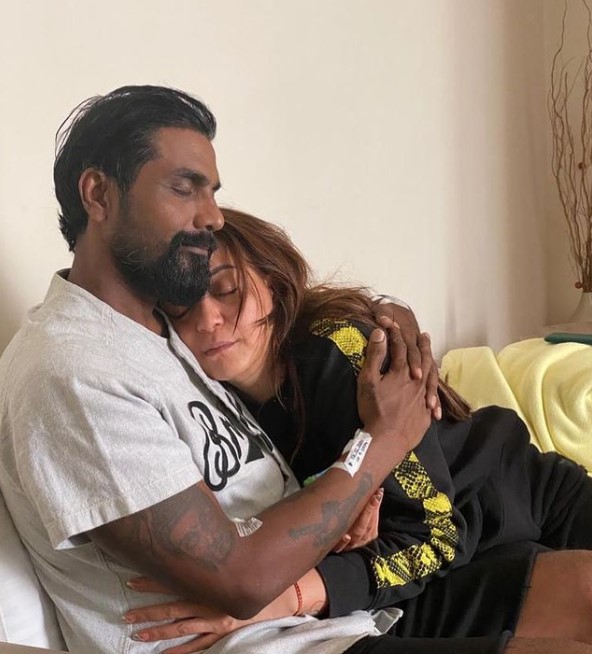 Lizelle wrote, “I really from the bottom of my heart want to thank @beingsalmankhan for being the biggest emotional support u are an angel thank you so much bhai for always being there.”

The news of 46-year-old Remo suffering a heart attack earlier this month had stunned his fans. Remo, who is also popular for hosting dance reality shows, was later shifted to the Intensive Care Unit of the Kokilaben hospital. He was discharged from the hospital just in time to celebrate Christmas.

Lizelle wrote, “My best Christmas gift ever ever ever ……. this moment I’ll always cherish ….. hugging u after a week of the worst emotional ups and downs ….. I know acc to u am a superwoman but I suddenly felt like a small little child lost… only one thing I knew and trusted was ur promise to me that u will come out as a fighter and the lord above.”

Remo too had taken to Instagram to post a small video to show that he had returned home. He had written, “Thank you all for the love , prayers and blessings I am back… thank you @gabrieldsouzaaa @__adonis____ and @edie_rockwood for the beautiful welcome back … and thanks to all my friends.”

Remo was in the news last month after Krushna Abhishek caused a laughter riot by threatening to walk out of The Kapil Sharma Show after seeing the former. One of D’Souza’s last films was Race 3 starring Salman Khan in a lead role.