The Kapil Sharma Show may be off-air currently but this hasn’t stopped Archana Puran Singh from entertaining her fans with her off-the-cuff jokes through her famous Instagram videos. The latest in the series is Archana’s video complaining about Kapil Sharma during a conversation with her co-star Kiku Sharda, who recently celebrated his birthday. Archana’s banter with Kiku is gaining plenty of attention amidst netizens linking the arrest of BJP youth leader, Pamela Goswami, in Kolkata with Arnab Goswami’s viral Mujhe Drugs Do video. Kiku had triggered a controversy by recreating Goswami’s Give me drugs rant on Salman Khan-produced show last year. 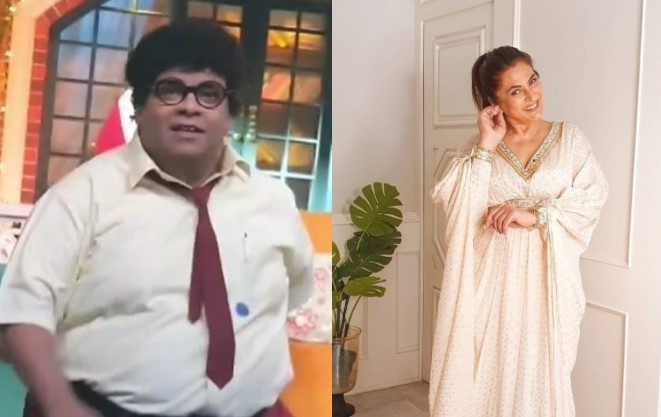 In her latest video, shot on the sets of The Kapil Sharma Show, Archana could be seen having a conversation with Kiku, who wanted the comedy show judge to gift him her spare mobile phone. But, Archana expressed her inability saying that the phone belonged to the show’s sponsor, adding that she already faced many allegations from Kapil and was in no mood to be accused of gifting a phone that did not belong to her.

Archana used the cute video of her hilarious interaction with Kiku to wish the latter on his birthday. She wrote, “HAPPY BIRTHDAY. To one of the finest talents I’ve had the pleasure of working with @kikusharda From Comedy Circus till now you’ve reaffirmed that class beats form.”

The veteran actor added, “Whether it be a strong, or not so strongly written act, the sincerity with which you present your part in it is distinctly noticeable. It’s not often that one sees such consistent devotion to ones craft over years and years. Of late I’ve seen you work those lines on stage with a finesse of delivery which often far supercedes the inherent quality of the lines themselves.

“And your current achievements notwithstanding, I sincerely feel you have even more milestones to achieve Kiku. ♥️ May the fire that has reached you this far continue to take you to even greater heights. Happy Birthday rockstar.”

Overwhelmed by Archana’s adorable note, Kiku replied, “Those are such kind words Archanaji , thanks for the motivation and thanks for always believing in me. Love always ❤️.”

Kiku has been an integral part of The Kapil Sharma Show since its inception. The famous comedian was in the news last year when he decided to recreate Arnab Goswami’s Mujhe Drugs Do act by adding his creative twist. The video of Kiku playing the character of a TV anchor desperately yelling Mujhe Jug Do had become hugely popular.

Curiously, the spotlight on Goswami was back on Friday after netizens mocked him in the wake of the Kolkata Police arresting a BJP youth leader, Pamela Goswami, with 100 grams of cocaine.