BJP’s Rajya Sabha MP Subramanian Swamy has taken a dig at his own government headed by Prime Minister Narendra Modi on the burning issue of record hike in petroleum prices in India. Reacting to the news of petrol being sold at Rs 100 per litre, Swamy said that the country was unanimous in terming the price rise ‘exploitative.’ 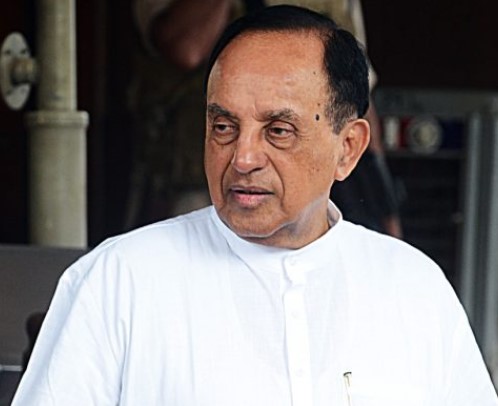 Swamy demanded an immediate withdrawal of levies on fuel prices. “Hence government must stoop to conquer–Withdraw the levies,” he wrote.

It’s not clear who he was targeting with the ‘iPhone thieves’ jibe, but a BJP supporter recently earned plenty of condemnation after he was exposed for conning hundreds of people with a fake promise to sell iPhones at astonishingly cheaper prices.

This is not the first time that Swamy has targeted the Centre’s Narendra Modi government on the alarming rise in fuel prices. Earlier this month, Swamy shared a graphic that read, “Petrol Rs 93 in Ram’s India, Rs. 53 in Sita’s Nepal, Rs. 51 in Ravan’s Lanka.”