Angry fans of Akshay Kumar launched an insulting hashtag on the microblogging site Twitter for Maharashtra Navnirman Sena chief Raj Thackeray on Sunday after the politician used a disparaging term for the Bollywood actor. Reacting to the Indian government’s use of celebrities, Thackeray had said that it was wrong to have exposed Bharat Ratna awardees such as Sachin Tendulkar and Lata Mangeshkar to online trolling by using them to counter international celebrities’ support to farmers’ agitation. The MNS chief had also made fun of Akshay by addressing him as ‘Akshay Kumar-Bikshay Kumar’ adding that the actor was fit for carrying out the government propaganda. 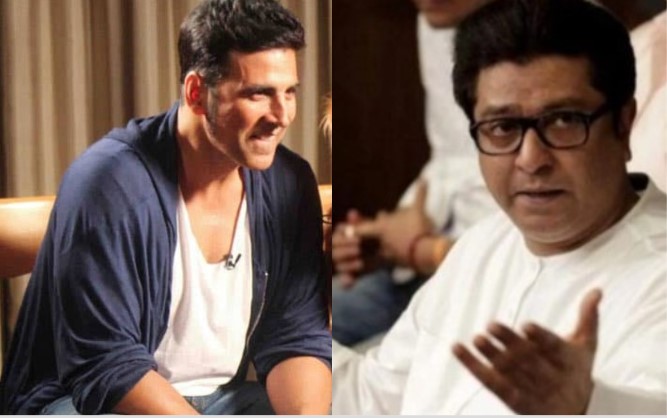 Angered by Thackeray’s use of disparaging terms for their screen idol, Akshay Kumar’s fans took to Twitter to trend an insulting hashtag.

I don’t understand how can someone hate @akshaykumar

He never wished bad for anyone still he get so much negativity for being this much good.

For this man Humanity is priority.
He always helps our nation in every crisis.#पागल_कुत्ता_राज_ठाकरे pic.twitter.com/NkWpYvKv3K

Janta Ka Reporter doesn’t condone the use of insulting words in the trending hashtag against Raj Thackeray.

Akshay and Tendulkar had faced fans’ fury for their decision to parrot the government line to counter the concern expressed by international celebrities such as pop icon Rihanna, climate activist Greta Thunberg, actor Amanda Cerny and Meena Harris, niece of US Vice President Kamala Harris. These international celebrities had taken to their social media pages to voice their concern over the government crackdown against the protesting farmers. NCP chief Shard Pawar had warned Tendulkar to exercise caution in the future.

Neither Tendulkar nor Akshay has reacted to the controversy caused by their tweets in support of the government.