Salman Khan pulled off an unthinkable act as he took Disha Patani inside the Bigg Boss show through a secret corridor to snoop on reality show housemates even as Arshi Khan faced a shocking eviction from the house. When questioned by his co-star, Randeep Hooda on why he had disappeared with Disha Patani, Salman Khan yelled, “Don’t ask me these personal questions.” This was perhaps the first time that Bigg Boss fans were given a glimpse of house secret cameras operate inside the house. 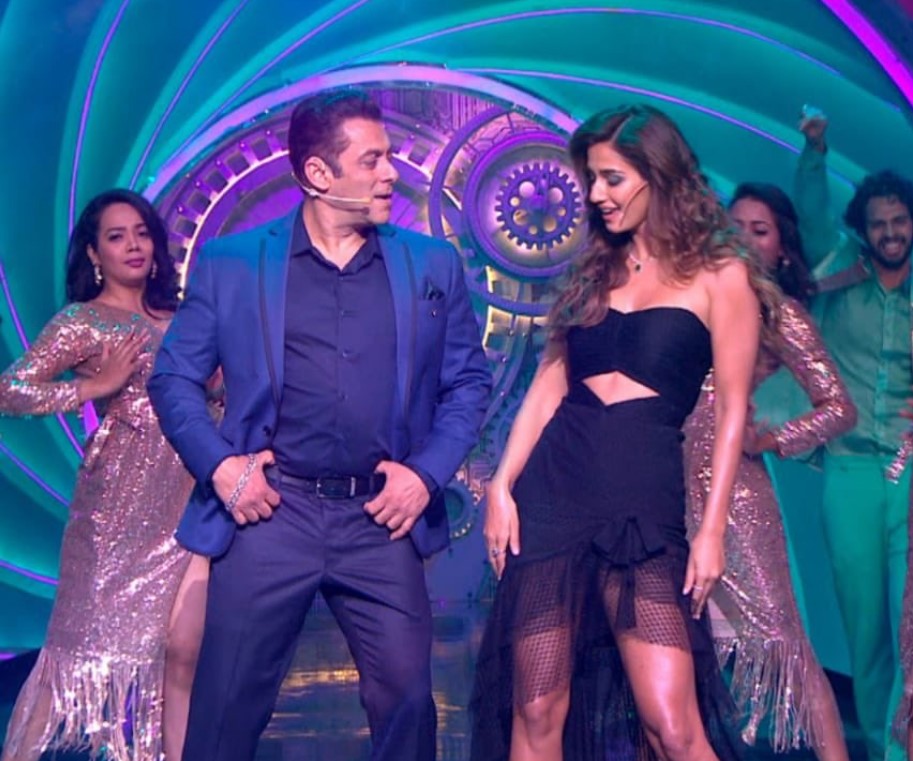 Salman and Disha entered a dark alleyway that led them to a huge window covered with black curtains. When Salman removed the curtain, the Bigg Boss house’s garden area was visible with contestant Devoleena Bhattacharjee enjoying sun bathing.

Salman asked, “Do you know who she is?” When Disha replied in negative, Salman explained that she was a fiery contestant, who was in the habit of becoming ‘uncontrollable’ if anyone provoked her in the house.

Salman and Disha then walked into another room, which gave both of them a clear view of other housemates such as Aly Goni, Rubina Dilaik, Anubhav Shukla and Nikki Tamboli. “Aly plays really well, so does Rubina,” said Salman.

Both were later seen enjoying the view of the contestants’ bedroom, where Arshi Khan and Rahul Vaidya could be seen in the sleeping area. Disha asked, “Who is she?” Salman mimicked Arshi Khan’s puritan Urdu to identify the contestant.

Salman then told Disha, “Come, I will show you the kitchen.” He continued, “Here, fights take place more than space is used for cooking the food. They think that those who’ve controlled the kitchen have, in fact, controlled the house.”

Anubhav walked past them without realising as he was being snooped on by Salman and Disha from the secret room. Disha asked if she could enter the house, but Salman said that this was not possible because of the COVID-19 pandemic.

When they emerged on the stage, Randeep Hooda asked, “Where had you two disappeared?” Salman replied in jest, “Don’t ask these personal questions.”

The weekend also saw a shock eviction of Arshi Khan, who was being touted as one of the strongest contestants to win the reality show.