In another blow to Akshay Kumar, his latest release Prithviraj has continued to go on a downhill drive as the film’s day 6 collection nosedived alarmingly. This came amidst reports that several theatres across the country, more in Mumbai, cancelled the screening of the film due to a lack of demand from the audience. In some theatres, the attendance was reported to be in a single digit. 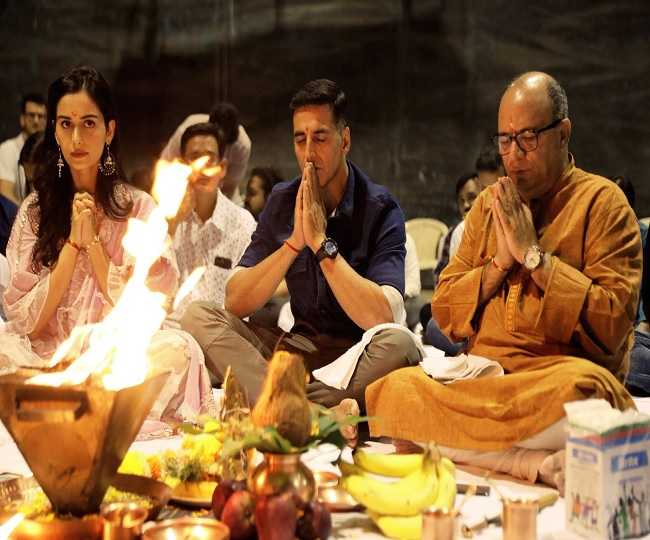 The film had started with the first-day collection of Rs. 10.70 crore. The business gained momentum on the weekend as the film made Rs. 12.60 crore and Rs. 16.10 crore respectively. However, the first Monday brought grim news for the film as it could only collect only Rs. 5 crore. The business further fell to Rs. 4.25 crore on Tuesday. The box office collection for the film on Wednesday dropped to Rs. 3.80 crore.

There were several reports of theatres being forced to cancel the shows of Prithviraj due to poor response from the fans. As reported by Janta Ka Reporter on Wednesday, angry fans had lashed out at Akshay Kumar for indulging in propaganda. Others had said criticised Akshay’s co-star Manushi Chhillar for her poor acting skills. This is the debut film for the former Miss World.

The film was reportedly made at a budget of Rs. 300 crore. Analysts believe that even with the income from digital rights and OTT platform, producer Yashraj Films will have accept massives losses from this latest ‘misadventure.’

Akshay and Yashraj had come under considerable criticism for doing away with facts and indulging in hate propaganda to woo the Hindu masses of India. Akshay had sensationally claimed in an interview with ANI that Indian history books only paid attention to Mughal rulers and Hindu rulers were ignored. This was aimed at pitting India’s Hindus against Muslims.

Much to the disappointment of Akshay, his dangerous theatrics did not yield desirable results and Indians at large rejected his propaganda. Several BJP governments in India had accorded tax-free status to the film. Akshay had invited BJP leaders including Home Minister Amit Shah for special screenings.

The failure of the film to woo the masses is also a slap to those so-called trade analysts of Bollywood, who had predicted Prithviraj to be a huge commercial hit.