Lawyer Abhishek Manu Singhvi on Wednesday launched a blistering attack on Maharashtra Governor Bhagat Singh Koshyari by questioning his integrity in the ongoing political crisis in the state. 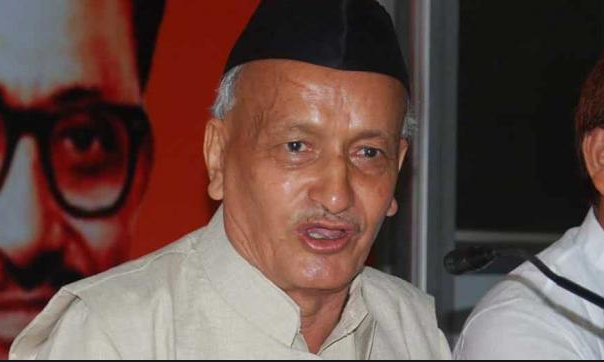 Representing the Maharashtra government, Singhvi said, “It is repeatedly argued that the Speaker is always suspect but the Governor is a holy cow. That Governor can never be wrong, but the Speaker, the persona designated under the 10th schedule is political.”

Singhvi, according to Livelaw, added, “Those who believe that the Speaker is only political and #Governor can never be political, I tell them, wake up and smell the coffee, don’t live in ivory towers.”

Singhvi : Those who believe that the Speaker is only political and #Governor can never be political, I tell them, wake up and smell the coffee, don’t live in ivory towers.#MaharashtraPolitcalCrisis #MaharashtraPolitics #MahaVikasAghadi #FloorTest

Singhvi pointed out how Koshyari had not ‘allowed nominations to MLC for one year.’ “Does the Governor have a single sentence in the order that the issue is sub judice before the Supreme Court and despite that I am exercising? No. No consideration of relevant aspect,” Singhvi continued.

Singhvi said that Governors were no angels. “They are humans. It is why we have Bommai decision. Governor does not address the issue of sub judice. He does not verify. He does not call the CM for his view. I am not saying he is bound. But he does not call,” he added.

The Shiv Sena on Wednesday moved the Supreme Court after Governor Koshyari ordered the government to prove its majority in assembly on Thursday. Earlier the rebel MLAs had sought more time to respond to the disqualification notice issued by the Speaker. But, they appeared all set to return to Mumbai via Goa to take part in the floor test. The Supreme Court had earlier directed the Speaker to defer the disqualification proceedings until 11 July.

Singhvi told the Supreme Court on Wednesday, “Please look at the real world. A Floor Test done tomorrow, followed by a disqualification to be proceeded by the Speaker, is irreversible. We cannot live in a theoratical world. It is irreversible.”

The Supreme Court refused to intervene in the Governor’s order for the floor test scheduled for tomorrow.