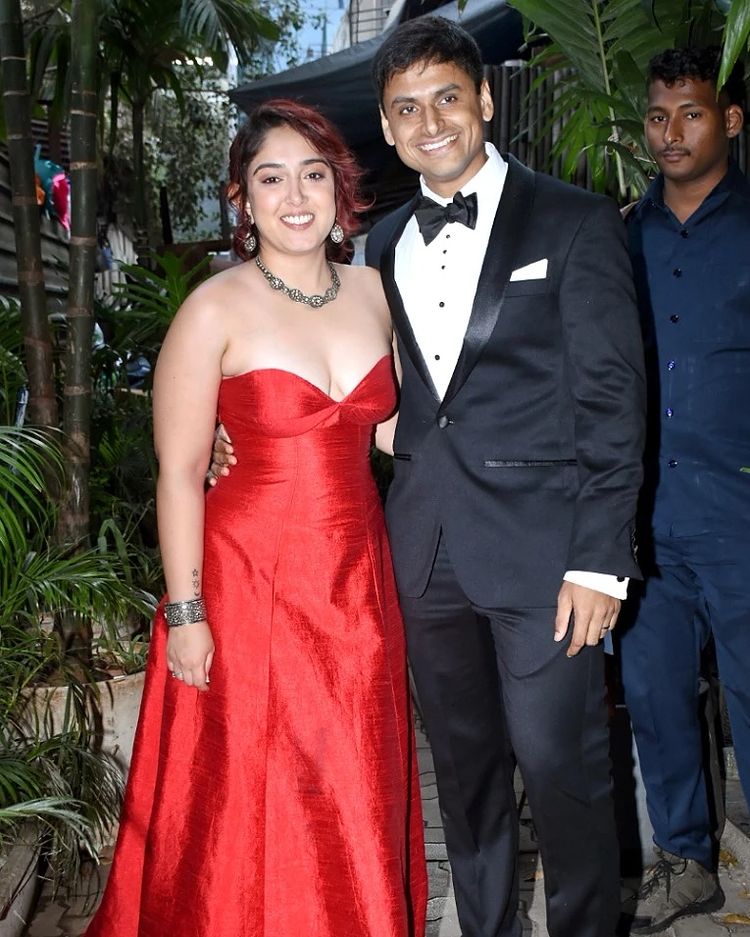 While Ira chose a red gown for the occasion, Nupur had opted for black suit. Dad Aamir was seen turning up in a white matching kurta, pyjama. Aamir’s ex-wife, Reena, was seen attired in a white sari.

Nupur and Ira have been dating each other for a long time. A fitness trainer, Nupur had formally proposed to Ira a few months ago.

Ira has often shared her photos with Nupur on Instagram. Not too long ago, she had shared a photo of Nupur with a romantic tagline. “LOOK, ITS MY CUTIE!
He makes my heart full,” she had written.

In another post, she had written about her relationship with Nupur, “It’s actually been two years but it’s feels like it was always like this. I love you❤
As truly and genuinely as I am capable of loving. 🤗🥰😚 for everything.”