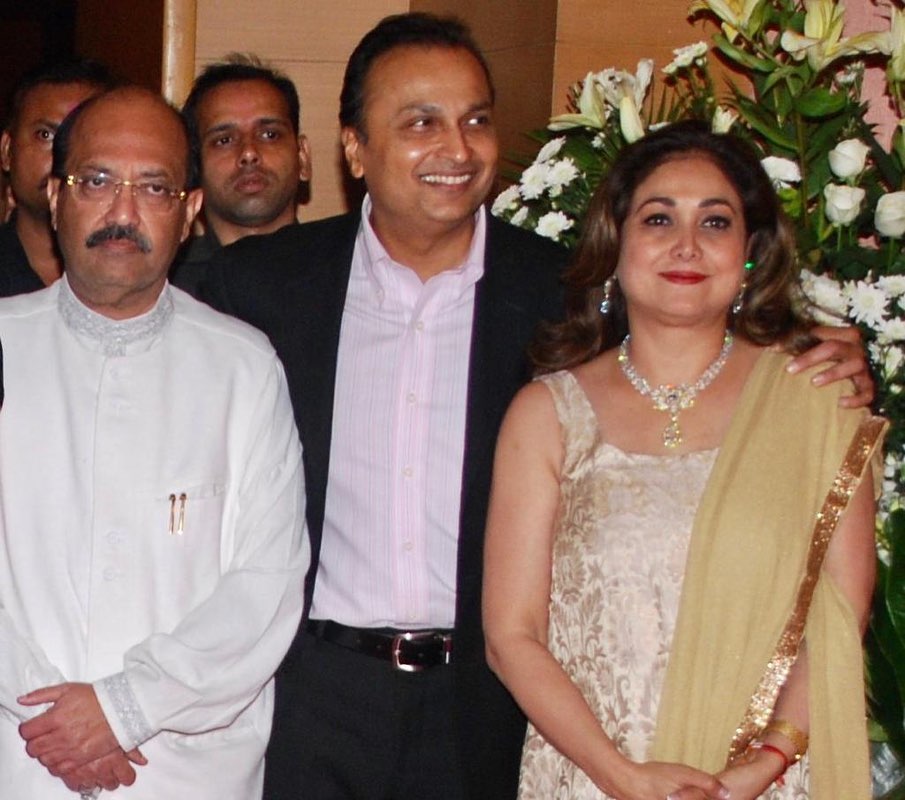 Hours after the news of Amar Singh’s death was made public, Tina took to Instagram to write how the former Samajwadi Party leader was a brother to her and Anil Ambani. She wrote, “He was family, a brother to Anil and I. A kind man, a gentle soul and a wonderful friend, it’s hard to believe Amar Singhji has left us. Deepest condolences to Pankaja, Dhrishti and Disha. Om Shanti.”

. He was family, a brother to Anil and I. A kind man, a gentle soul and a wonderful friend, it's hard to believe Amar Singhji has left us. Deepest condolences to Pankaja, Dhrishti and Disha. Om Shanti.?

Amar Singh was one of the most powerful politicians in India a few years ago due to his links with Anil Ambani, the brother of India’s richest businessman Mukesh Ambani. He later went into oblivion after falling out spectacularly with his friend Amitabh Bachchan.

Reacting to Singh’s death, Bachchan took to his blog to write in Hindi, “Only prayers are left with head bowed down amidst mourning. The soul and relationship that were so close are no longer there.” 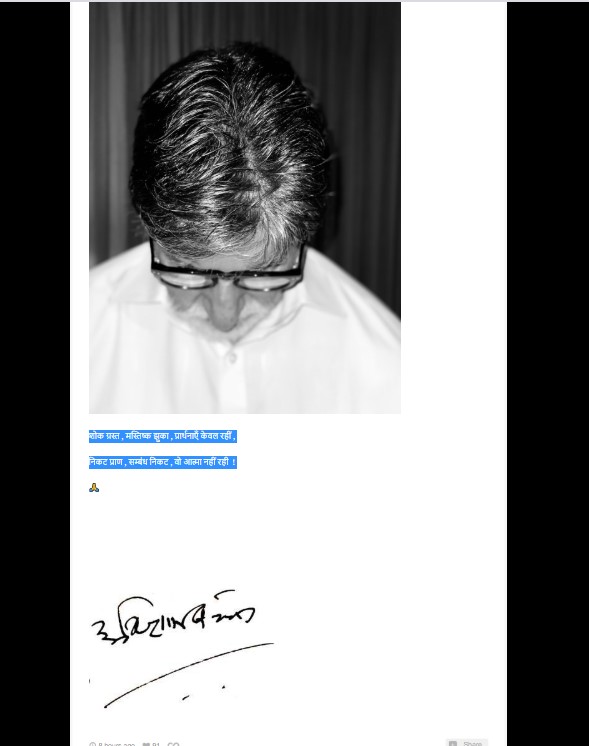 The Rajya Sabha MP had travelled to Singapore in March for surgery due to kidney-related ailments. He died months after issuing a public apology to KBC host Amitabh Bachchan.

In February this year, Singh had issued an extraordinary apology to his former friend Amitabh Bachchan for his past utterances targeting the Kaun Banega Crorepati host, his wife Jaya Bachchan and daughter-in-law Aishwarya Rai. In a video message shared on his Facebook page, Singh had also revealed that he was fighting death and felt it was time for him to express his regrets to his former friend.