Jindal Steel & Power (JSP) ended FY22 on a high with the company reporting record sales in March of 0.79mt. Strong sales were driven by record production of 0.77mt (+5% Y-o-Y). The strong operational performance resulted in the steel giant reporting the highest-ever production for the quarter of 2.11mt (+2% Y-o-Y). 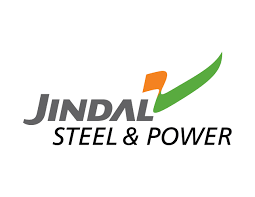 Despite facing several challenges throughout FY22, the JSP managed to meet its production guidance; breaching the 8 million tonne mark for the first time.

For the fifth consecutive year, JSP has posted spectacular growth in annual steel sales on a year on year basis. In FY22 as well a new annual record has been established with 7.63 mt of steel sales (5.03% Y-o-Y). Exports accounted for 33% of sales in March; in line with the FY22 share.

JSP Managing Director VR Sharma said, “The company has achieved its production target for FY22. We aim to produce more than 9 Million tons in FY23. Our Angul plant expansion is on track and we expect to reach more than 15mt capacity by FY25. The Company has significantly enhanced its raw material supply after winning four new coal blocks recently. We are fully aligned with the government of India’s targets to achieve carbon neutrality in the future and continue to work towards reducing our carbon emissions.”

About JSP:
JSPL is an industrial powerhouse with a dominant presence in the steel, power, mining and infrastructure sectors.
Having an investment of 12 billion USD across the globe, the Company is continuously scaling its capacity utilization and efficiencies to capture opportunities for Building a self-reliant India.