In a remarkable development, scientists have revealed the first ever image of a black hole, which measures 40 billion kms across and is three million times the size of the Earth. 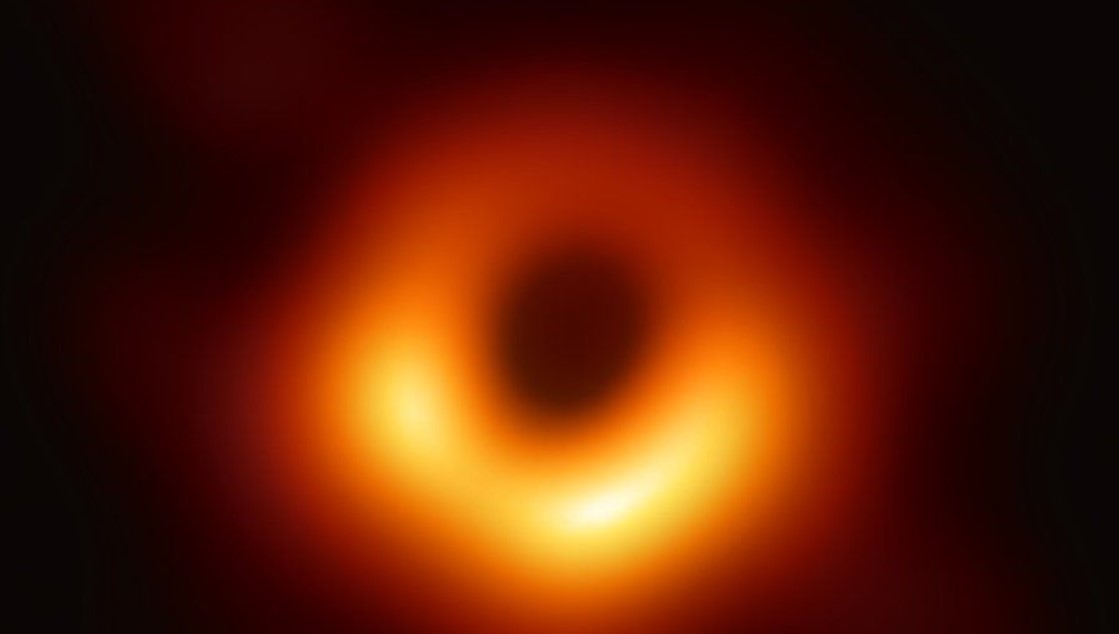 Astronomers have termed this ‘a monster.’ While unveiling the image, scientists said that the black hole was 5 billion billion km away and could only be photographed by using a network of eight telescopes across the world.

Prof Heino Falcke, of Radboud University in the Netherlands, who proposed the experiment, told BBC that the black hole was found in a galaxy called M87.

He said, “What we see is larger than the size of our entire Solar System.” “It has a mass 6.5 billion times that of the Sun. And it is one of the heaviest black holes that we think exists. It is an absolute monster, the heavyweight champion of black holes in the Universem” the British broadcaster quoted Falcke as saying.

The image revealed before a large group of audience had an intensely bright ‘ring of fire’, surrounding a perfectly circular dark hole. The bright halo, Falcke said, was caused by superheated gas falling into the hole.

The image shows a bright ring formed as light bends in the intense gravity around a black hole that is 6.5 billion times more massive than the sun.

This long-sought image provides the strongest evidence to date for the existence of supermassive black holes and opens a new window onto the study of black holes, their event horizons, and gravity, reported Sky News.

Speaking at the event, Professor Falcke said, “It feels like looking at the gates of Hell, at the end of Space and Time.” He added before passing the mic to his colleague, “The event horizon, the point of no return. That is awe inspiring to me at least, but it is also important for physics.”