In a huge development that could have a devastating impact on Wall Street and American Inc’s decision to invest in Saudi Arabia, it has emerged that Saudi Crown Prince Mohammed bin Salman hacked Amazon boss Jeff Bezos’s phone five months before journalist Jamal Khashoggi’s murder. 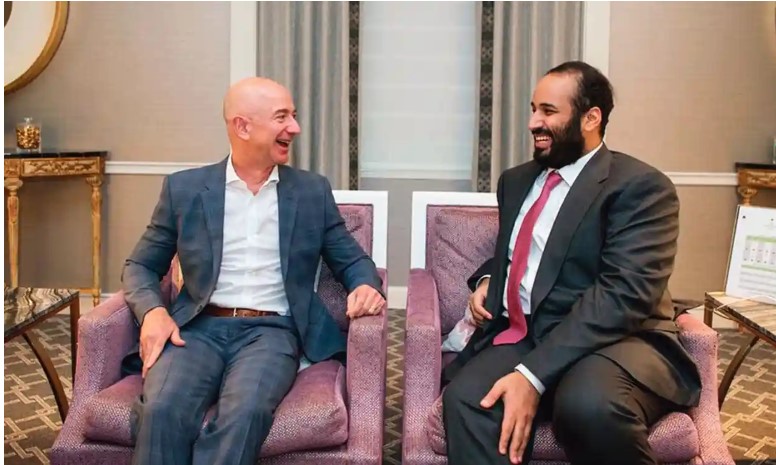 An exclusive investigation by London’s Guardian newspaper has revealed that Bezos had his mobile phone ‘hacked’ in 2018 after receiving a WhatsApp message that had apparently been sent from the personal account of the Saudi crown prince also known as MBS. The encrypted message was believed to have contained a malicious file that infiltrated the phone of the world’s richest man.

Both Bezos and MBS were reportedly having a friendly exchange of messages on WhatsApp when on 1 May in 2018, MBS sent the unsolicited file to Bezos’s phone. It’s however, not clear what kind of personal data was stolen from his phone.

Nine months after the hacking, US tabloid the National Enquirer published intimate details about Bezos’s private life – including text messages. Many are linking the two developments together. The exclusive report by the Guardian newspaper also revealed that the Saudi crown prince had developed close relationship with David Pecker, the chief executive of the company that owned the Enquirer, in the months before the Bezos story was published.

An even more frightening ‘coincidence’ is the murder of Saudi journalist Jamal Khashoggi, who worked for The Washington Post owned by Bezos. Khashoggi was murdered inside the Saudi consulate in Turkey before his body was chopped into pieces and carried outside the consulate building in black bags.

Many believe that Bezos was targeted because of his status as the owner of The Washington Post which employed Khashoggi.

The chilling revelation could not have come at a worse time since MBS has been trying to lure investors from the western countries in a bid to transform the economy of his kingdom. His rise to power has also seen a brutal crackdown against his rivals within the kingdom.

“Hypocrisy on press freedom is the embedded rot in Indian media”: Republic TV founder Arnab Goswami hits back at Indian Express for stand on...