In a significant development, the new American administration led by President Joe Biden has imposed a temporary freeze on US arms sales to Saudi Arabia and is reviewing purchases of arms by the United Arab Emirates in exchange of normalising diplomatic relations with Israel. The Biden administration is scrutinising transactions worth billions of dollars with the UAE approved by Donald Trump. 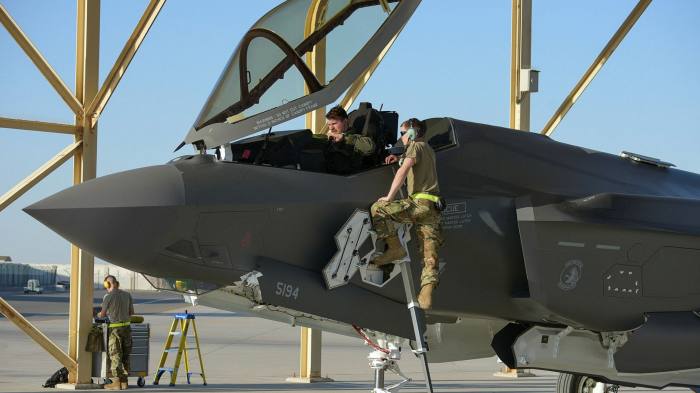 A report by Wall Street Journal said that the arms deal with the UAE also includes the sale of precision-guided munitions to Riyadh and top-line F-35 fighters to Abu Dhabi. The UAE had reportedly purchased the high end weapons from the US under the Trump administration as part of the Abraham Accords in lieu of Emirates agreeing to establish diplomatic relations with Israel.

One of the reasons behind the sudden review of the arms sales to Saudi Arabia is to ensure that US weapons are not used by the Saudi military campaign in Yemen. Saudis have faced global condemnation for causing largescale civilian death and hunger because of its military strikes against the Iranian-aligned Houthis.

According to a report, Secretary of State Antony Blinken said that the Biden administration will end the US support ‘for the military campaign led by Saudi Arabia in Yemen’ and ‘will work on that in very short order.’

The UAE embassy in Washington tweeted, “As in previous administrations, the UAE anticipated a review of current policies by the new administration.” The social media post added, ““Welcoming joint efforts to de-escalate tensions and for renewed regional dialogue, the UAE will work closely with the Biden Administration on a comprehensive approach to Middle East peace and stability.”

“As in previous transitions, the UAE anticipated a review of current policies by the new administration.

Specifically, the F-35 package is much more then selling military hardware to a partner. (3/7)

As for the weapons sale to Saudi Arabia under review, it includes a deal for $290 million in precision-guided munitions that the US government approved in late December. “The [State] Department is temporarily pausing the implementation of some pending U.S. defense transfers and sales under Foreign Military Sales and Direct Commercial Sales to allow incoming leadership an opportunity to review,” a department spokesman was quoted by the WSJ.

Both Saudi Arabia and the UAE launched military strikes in Yemen to fight the Iranian-backed Houthis after the rebels seized Sana’a, the capital, in 2014 and forced the Yemeni government into exile.

Last week, President Biden had reversed several key policy decisions announced by Trump during his presidency. This included the end of the Muslim ban, rejoining the WHO and the Paris climate accord.