A huge row has erupted in the British politics after Home Secretary and Prime Minister hopeful, Sajid Javid, was not invited for the State banquet held for US President Donald Trump at Buckingham Palace. 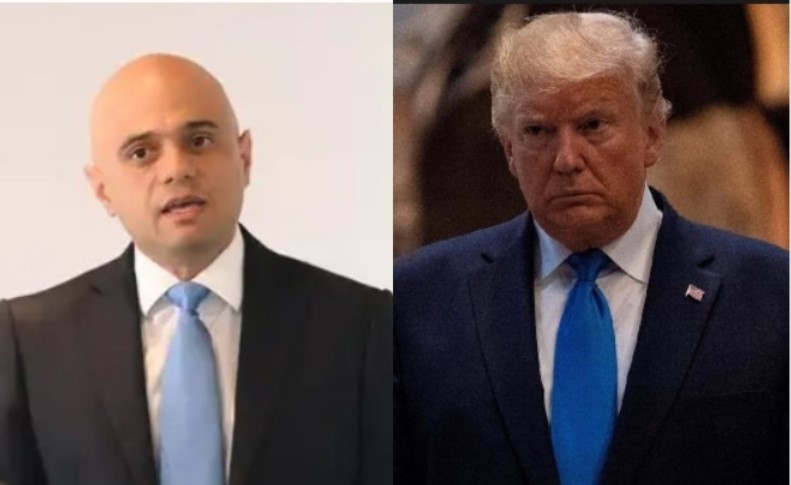 Javid was the only senior cabinet ministers to not receive an invitation for the lavish banquet held by the Queen in honour of Trump. Among those cabinet members invited to attend the banquet were Foreign Secretary Jeremy Hunt Environment Secretary Michael Gove. Both Hunt and Gove have announced their candidatures to succeed May, who resigned on Friday.

Despite being a key functionary of the Conservative party, Javid has been a known critic of Trump. In November, 2017, he had slammed Trump for sharing Islamophobic tweets from the far-right extremist group Britain First in 2017. He had tweeted, “So POTUS has endorsed the views of a vile, hate-filled racist organisation that hates me and people like me. He is wrong and I refuse to let it go and say nothing.”

So POTUS has endorsed the views of a vile, hate-filled racist organisation that hates me and people like me. He is wrong and I refuse to let it go and say nothing

The powerful Muslim body, Muslim Council of Britain, has written to Theresa May asking if Sajid Javid was not invited to the state banquet with Donald Trump because he is of Muslim heritage.

“There are fears that our nation is willing to give up on our principles of fairness and equality for all, in order to placate President Trump, even going so far as to exclude our home secretary solely due to his Muslim heritage,” The Guardian quoted the letter from the MCB.

“In this letter, we are seeking to clarify whether this was actually the case,” wrote Harun Khan, the secretary general of the MCB.

I’ve no time for Sajid Javid generally, but that’s because he’s a Tory, not because he’s Muslim. If this is true, it’s an utter disgrace and evidence of the completely shameless lack of morals from the spineless arse-lickers running the UK. #ukpolitics https://t.co/1yYHhHfLol

We have two great Offices of State. The Foreign Office and the Home Office.
So why did Buckingham Palace exclude the Home Secretary from a State banquet?

I am surprised how low this country has sunk it seems that Sajid Javid was the only cabinet member not invited to banquet with Trump – its hard to think of an explanation other than that we surrendered to Trumps Islamophobia. https://t.co/s2cmmjeDe9

Others joked whether Trump had mistaken Javid for London Mayor Sadiq Khan, who’s routine traded barbs on social media with Trump. “Maybe Downing Street was worried the president might confuse him with the other son of a bus driver,” Daily Mail quoted one of Javid’s friends.