Former British Prime Minister Theresa May on Monday tore into her colleague Boris Johnson over a damning report by British civil servant Sue Gra on COVID parties at 10 Downing Street. 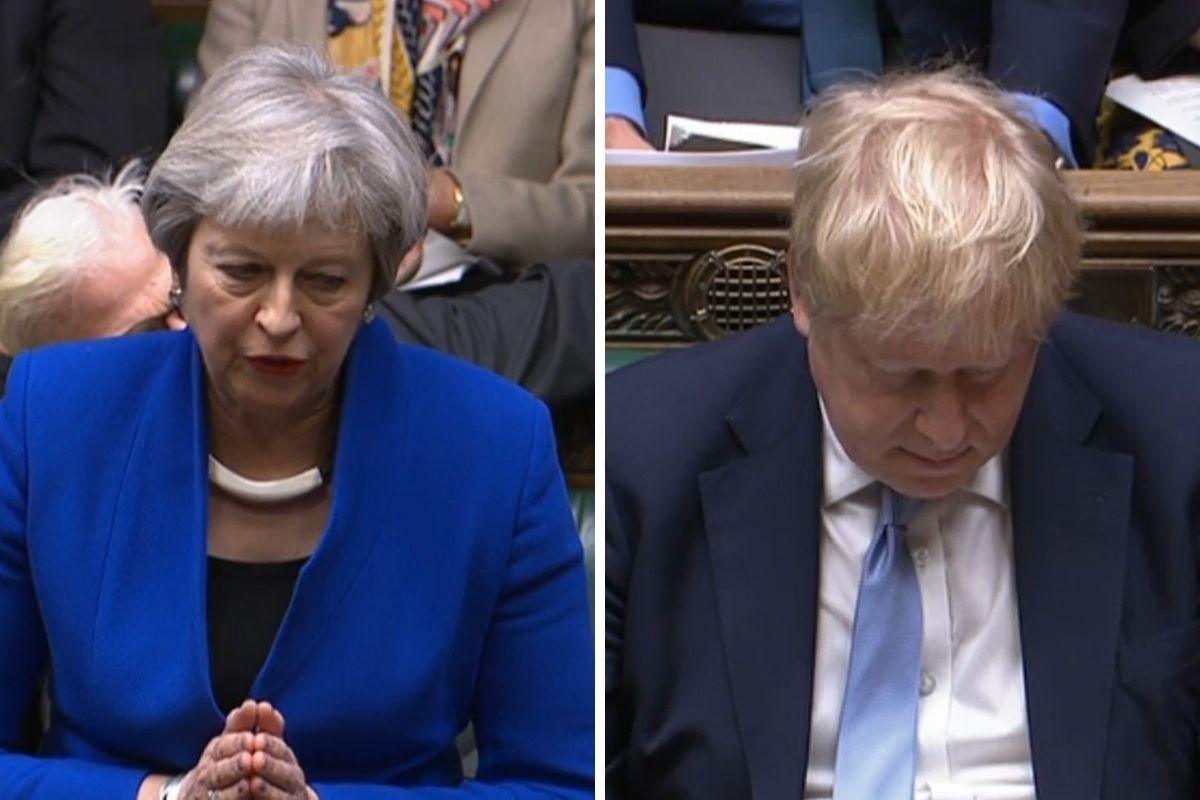 May, who served as the British prime minister between 2016 and 2019 until Johnson succeeded him, said in a special session of parliament, “What the Gray report does show is that No 10 Downing Street was not observing the regulations they had imposed on members of the public.

“So either my right honourable friend had not read the rules or didn’t understand what they meant and others around him, or they didn’t think the rules applied to Number 10. Which was it?”

A visibly rattled Johnson replied, “No… that is not what the Gray report says. I suggest that she waits to see the conclusion of the inquiry (by the police).”

Theresa May wasn’t the only party colleague that Johnson faced scathing criticism from. Conservative MP Andrew Mitchell said in parliament that Johnson had lost his support. He said, “When he kindly invited me to see him 10 days ago, I told him that I thought he should think very carefully about what was now in the best interests of our country and of the Conservative Party, and I have to tell him he no longer enjoys my support.”

Labour Party leader Sir Keir Starmer lashed out at Johnson calling him ‘a man without shame’ as he demanded his resignation for lying to parliament. “But, Prime Minister, the British public aren’t fools. They never believed a word of it. They think the Prime Minister should do the decent thing and resign. Of course, he won’t. Because he is a man without shame,” Starmer roared.

Gray was not allowed to make her full findings public as the Metropolitan Police in London said that this could jeopardise their criminal investigation. The police had come under widespread condemnation for first refusing to launch a criminal investigation into what’s been called Britain’s ‘partygate.’

Johnson is facing demands to resign after he was found to have indulged in parties in violation of COVID rules even when the British public could not bid farewell to their dying loved ones due to social lockdown rules.