A video of a Hindu saint accusing Sudhir Chaudhary’s colleague from Ayodhya of extortion has gone viral on social media. In the viral video, Hindu saint Mahant Paramhans could be seen making stunning allegations against a Zee News employee in Ayodhya saying that the latter had made his life hell by demanding Rs. 3 lakh. 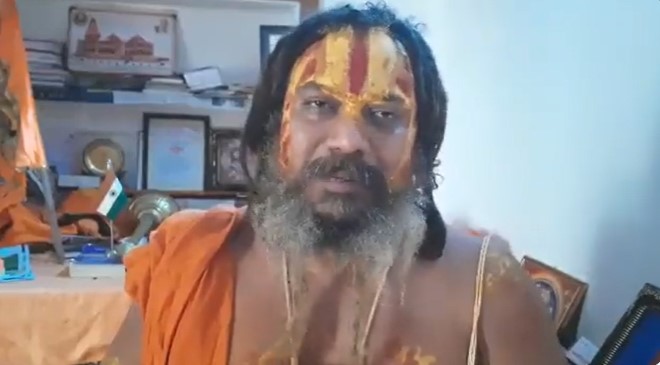 Mahant Paramhans said in the video, “He (Manmeet Gupta) has been regularly extorting Rs. 2000-Rs. 3000 from me in the past. But I refused when he demanded Rs. 3 lakh from me.”

According to Mahant Paramhans, the Zee News employee threatened to run negative news about him if did not pay Rs. 3 lakh as demanded. “I have no fear. This is not good that a person who has taken money lakhs of rupees from me on the pretext of paying his children’s school fees and taking care of medical costs,” the Hindu saint added.

According to Mahant Paramhans, he hoped that ‘Manmeet Gupta was are of the morality attached to the profession of journalism.’

The video has become a dominating theme of social media conversations with Twitterati also attacking Sudhir Chaudhary for establishing the culture of extortion in Zee News. Chaudhary had to go to Delhi’s Tihar Jail after he was caught extorting Rs. 100 crore from an Indian industrialist.

One Twitter user wrote, “One one hand Rs. 100 crore and on the other hand Rs. 3 lakh.” Another wrote, “He’s learnt from his boss.”

Paramhans is the same saint, who had threatened to end his life by drowning in the river if the Indian government did not strip Muslims of their citizenship.

Neither Zee News nor Manmeet Gupta have reacted to Paramhans’ allegations.