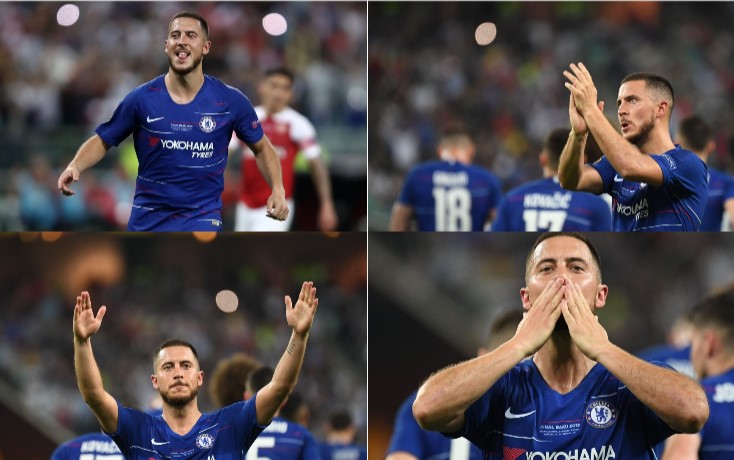 The first half ended goalless even though Chelsea were the better team and they created plenty of chances. However, Chelsea appeared more lethal in the second half as former Arsenal player Olivier Giroud started the goal rush for the former. Giroud, however, stayed away from over-the-board celebrations to ensure that he did not hurt the sentiments of his former fans.

Arsenal made a brief comeback in the match after their substitute Alex Iwobi reduced the lead for Chelsea four minutes later. Giroud was in action again in the 72nd minute of the play, when he supplied a cross to Hazard and the man with the Midas touch smashed it home from eight yards, making the Chelsea’s lead 4-1. Arsenal simply could not do much after that as the game was over for the north London side.

Even though Arsenal had a World Cup winner in Mesut Ozil, he failed to produce anywhere close to the level of Eden Hazard.

Hazard gave enough indication that he had played his last game for Chelsea. Hazard first said that he will decide about his future ‘in the next few days’ before adding that he had already made up his mind and everything depended ‘on both clubs’ meaning Chelsea and Real Madrid. He said, “I think it’s goodbye, but you never know.”

‘Hi Chelsea fans, this is for you. Fans in the stadium, fans in London, fans everywhere. I love you.’ ? @HazardEden10 #UELfinal pic.twitter.com/9yVa0YFv40

Hazard told BT Sport, “We will decide in a few days and the only target in my mind tonight was to win this final. I have made my decision already and now I’m waiting on both clubs. I think it is a goodbye, but in football you never know. My dream was to play in the Premier League and I have done that for one of the biggest clubs so maybe now it is the time for a new challenge.”

Giroud, for his part, said, “When you give me the chance to get game time I always try my best. It was our second target to win the Europa League after finishing in the top four so I feel blessed.”

Tonight’s extraordinary win, say experts, may go in favour of Chelsea manager Maurizio Sarri, whose future had come under the scanner following the team’s dismal performance in the just-concluded English Premier League, where the Blues finished third in the league table. Andrew Townsend, a former Chelsea midfielder, told BBC, “All of a sudden, maybe the situation goes back into Maurizio Sarri’s hands a bit. Is he going to say to himself ‘if I can’t buy any players to improve this Chelsea team, I’m going to lose my best player, my prospects next season aren’t as good. Maybe I take the Juventus job, maybe I do go’.”