US President Donald Trump has said he and First Lady Melania Trump have tested positive for COVID-19, adding that both of them were now self-isolating. This came moments after it emerged that one of his close aides, Hope Hicks, had tested positive for the virus. The tweet by Trump adversely impacted the stock markets globally. 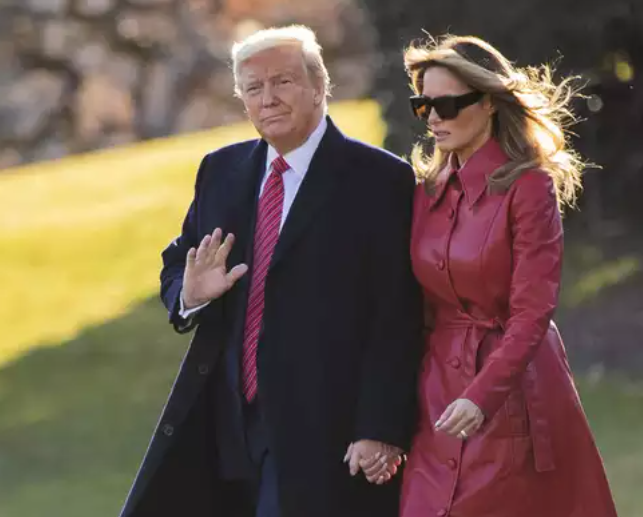 Trump tweeted, “Tonight, @FLOTUS and I tested positive for COVID-19. We will begin our quarantine and recovery process immediately. We will get through this TOGETHER!”

Tonight, @FLOTUS and I tested positive for COVID-19. We will begin our quarantine and recovery process immediately. We will get through this TOGETHER!

Earlier, Hicks had tested positive for coronavirus. She had travelled with Trump in his Air Force One plane for his first Presidential TV debate. Trump had tweeted, “Hope Hicks, who has been working so hard without even taking a small break, has just tested positive for Covid 19. Terrible! The First Lady and I are waiting for our test results. In the meantime, we will begin our quarantine process!”

In the event that the 74-year-old US President’s condition deteriorates his powers will be transferred to Vice President Mike Pence in the interim until the Republican National Committee re-elect their new Presidential candidate for the next month’s elections.

According to Sky News, it is a requirement for the RNC to re-elect their new presidential candidate and so it would not automatically fall to the current vice president Mike Pence, although he would constitutionally be required to fill the role of president in the interim period.

According to Trump’s most recent health examination, he weighed 244lbs (110.7kg), which falls in the category of obese for his height of 1.9m (6ft 3ins), reported the BBC.

Who Is Hadi Matar, Man Behind Stabbing Of Salman Rushdie? Girlfriend, Motive