British Prime Minister Boris Johnson had to face humiliation for the second time in as many days after comedian Lee Mack embarrassed him with a ‘partygate’ joke in front of members of the Royal family. 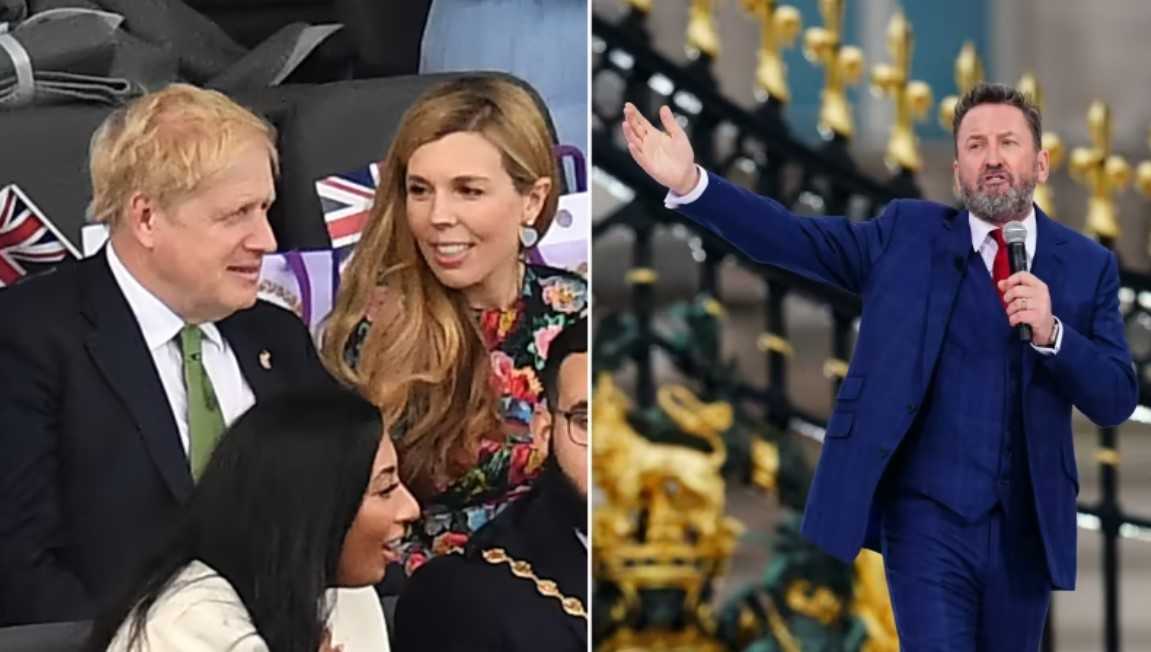 Johson and his wife Carrie were enjoying the concert outside the Buckingham Palace to celebrate the platinum jubilee of the Queen’s reign as monarch when Lee Mack stunned him with his ‘partygate’ jibe. Mack told the 20,000 plus crowd watching the concert, “Finally we can say the words ‘party’ and ‘gate’ and it’s a positive.”

The joke left everyone including the members of the British royal family in splits. Johnson and his wife, seated right next to Prince William and his wife Kate, could only stare at the comic in embarrassment.

Mack’s ‘partygate’ joke came just a day after the crowd booed Johnson and his wife as they arrived to take part in a special service at St. Paul’s Cathedral as part of the Platinum Jubilee.

Johnson, who was found guilty of violating the lockdown rule that he himself formulated during the second wave of the pandemic, is facing widespread anger from the British public. More than two dozen of MPs from his own party have formally asked for his ouster and there are speculations that Johnson could face a no-confidence motion next week.

One of the charges against Johnson is that he deliberately lied in parliament by denying that he ever took part in parties even when the public gathering both inside or outside one’s house was banned. Photos of Johnson boozing and cutting birthday cakes emerged later. One of those parties in question took place on the day the Queen was mourning the death of her husband, Prince Phillip, alone from a distance in compliance of the lockdown rules.

Johnson was repeatedly asked about those parties but he vehemently denied on all occasions until the police found him guilty and imposed financial penalties on him, his wife and his cabinet colleague Rishi Sunak.