The West Midlands Police in Birmingham have arrested a 53-year-old man after a viral video showed him racially abusing a taxi driver. The police arrested the racist man from the Erdington area of Birmingham in the UK. 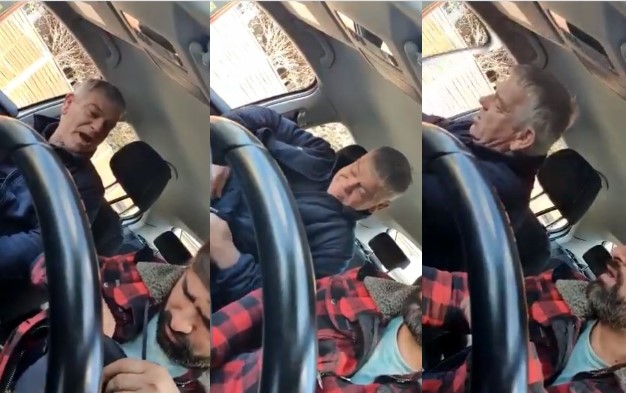 A statement by the West Midlands Police said, “A 53-year-old man has this afternoon been arrested in the Erdington area this afternoon on suspicion of a racially aggravated public order offence. The victim is being spoken to by officers and the investigation continues.”

The police have also been in touch with the taxi driver, believed to be a British national of Pakistani origin, and they’ve made an appointment to see him as soon as possible.

The West Midlands Police wrote on its website, “Anyone with information is urged to please contact West Midlands Police via Live Chat at http://west-midlands.police.uk 8am – midnight or call 101 anytime. We understand that experiencing a hate crime is extremely distressing and upsetting. We are proud to police our diverse communities and will take action against those who commit a hate crime.”

In the viral video, a White man was seen hurling racially motivated slur at the taxi driver. The calm reaction by the taxi driver even in the face of an extremely provocative situation earned him plenty of plaudits. Veteran BBC broadcaster and Radio 2 presenter, Jeremy Vine tweeted, “Politest cab driver in the world right here. No words for the piece of human litter on the back seat.”

The latest incident of racism in the UK has come to light amidst a global campaign against bigotry with #BlackLivesMatter trending on the internet for days. People of Afro-Caribbean origin have been protesting across Europe and America to voice their anger against the cold-blooded murder of one George Floyd in the US.

Birmingham, the second-largest city of England, has a sizeable population of British Indians and Pakistanis.

Many wonder that India’s national capital wouldn’t have burned in February had the Delhi Police acted as swiftly and impartially as their counterparts in the UK. 53 people, mostly Muslims, had died in the anti-Muslim pogrom after several BJP leaders made communally provocative speeches that led to religious violence in Delhi.