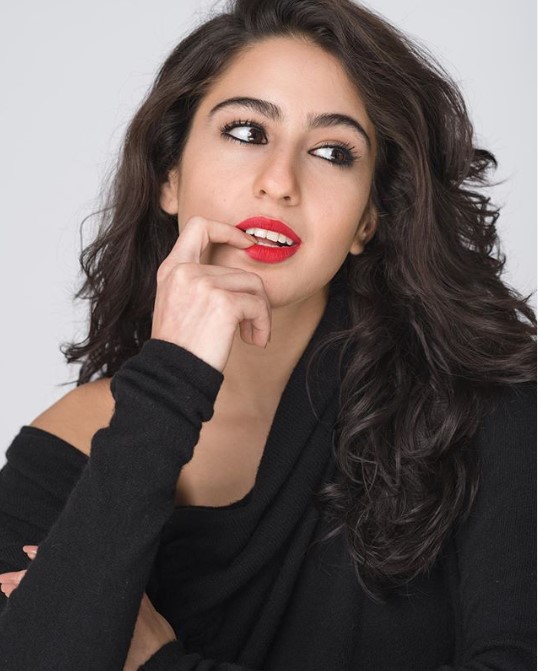 What appeared to irk Twitterati was an Instagram post by Sara, which read, “All Lives Matter’ instead of ‘Black Lives Matter.’ Sara striking off ‘Black’ to replace it with ‘All’ too did not go down well with Twitterati. Protesters across America and Europe have been protesting against racism faced by people of Afro-Caribbean origin by White supremacists. The latest round of global protest was triggered by the cold-blooded murder of George Floyd in the US.

Those not in favour of hashtag #BlackLivesMatter have argued that protesters ought to have fought for the rights of everyone instead of just Blacks. The counter-argument to this is that one needed to raise a voice in favour of those, who faced imminent persecution based on their colour, race and religion.

No sooner did Sara Ali Khan’s post become public, she began to face brutal trolling with users even hurling abuses at the Simmba actress.

Sara Ali Khan posted this pic on her insta which say “all lives matter” striking the word “black” on the post. I know our Indian celebrities were stup!d but this is peak dumb@ssery, I have no words. #BlackLivesMatter pic.twitter.com/skQD4w3QHk

sara ali khan, a history grad from columbia, not only accessorising a black model in one of her shoots but also supporting all lives matter on a platform where she has a significant following is further proof that going to an ivy league doesn’t necessarily mean you’re smart.

a reminder that Sara Ali Khan has a degree in history and political science from fucking Columbia. Her ignorance in spite of her education is astounding.

How you gonna post blm matter and switch up the next day? pic.twitter.com/M42TxBu8B2

On the work front, Sara made her debut with Kedarnath and Simmba with both films doing huge businesses at the box office. She was also seen in Love Aaj Kal 2 opposite Kartik Aaryan but the film failed to create magic at the box office.