Janta Ka Reporter 2.0
Home India “Why should we think about anyone?”: Rohit Sharma’s blunt response to critics;...

Indian batsman Rohit Sharma has hit out at critics, who questioned the turning pitch in Chennai calling it unacceptable for a five-day international match. Reacting to criticism from former England captain Michael Vaughan and ex-Australian player Mark Waugh, Sharma bluntly said that there was nothing wrong in preparing a pitch that suited the bowlers from the home team. 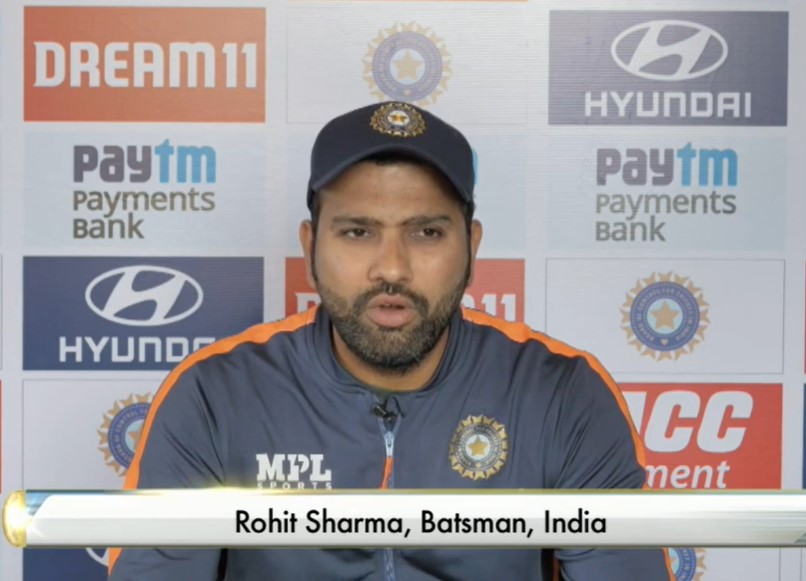 Speaking to reporters ahead of the third Test, scheduled to start in Ahmedabad this week, Sharma said, “Every team makes full use of their home advantage. When we go out, the same happens there as well, they don’t think about us. They don’t ask for our preferences. So, why should we think about anyone?”

The Indian batsman added, “We should what we like and what is our team’s preference. This is what home or away advantage means. Otherwise, take away the home and away advantage away and play cricket without it. Tell ICC to make a rule, setting identical rules for pitches in India and outside.”

Sharma said that the pitch was the same for both teams. “So I don’t know why there’s so much talk about the pitch. This is how the pitch has been prepared in India for many years. I don’t think there’s any need for changes now. Every team takes advatange of their home condition, so do we.”

Vaughan, who had earlier critcised the Chennai pitch, responded to Sharma’s statement by saying, “Totally agree.”

Aside from Vaughan, former Australia player Mark Waugh too had criticised the pitch in Chennai. He had tweeted, “I’m all for a good contest between bat and ball in test match cricket but this pitch in Chennai is unacceptable at test match level. You can’t have the ball going through the top of the surface on day 1 from the main part of the pitch. Ie not from the footmarks.”

India won the second Test by runs after losing the first Test by 227 runs. The series is currently levelled 1-1.