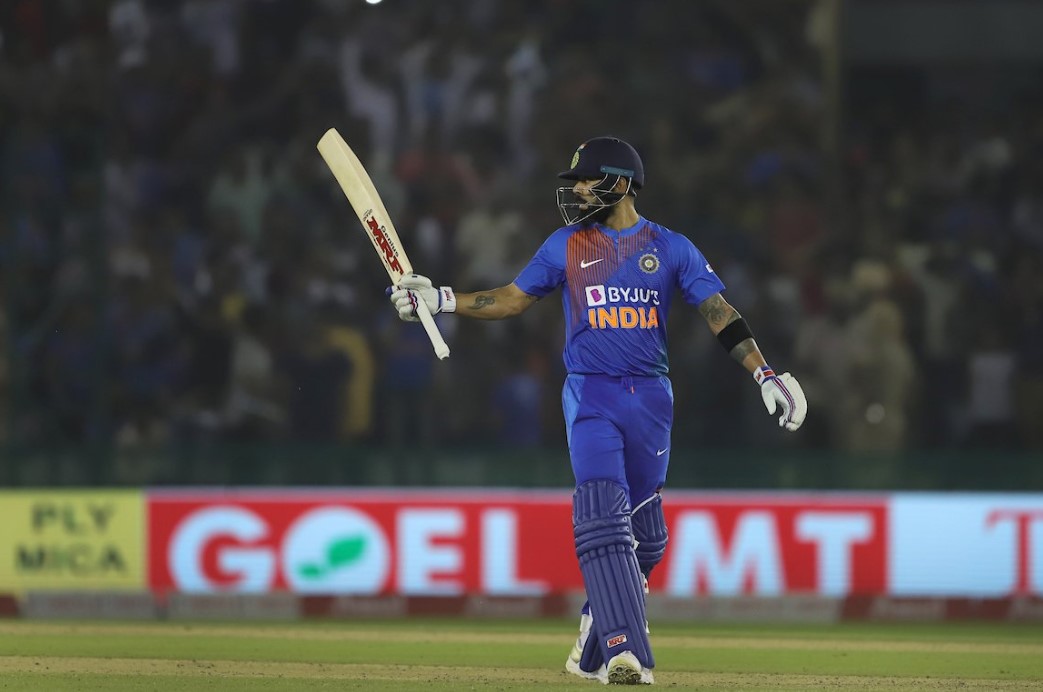 Batting first, South Africa made 149 for the loss of five wickets in their quota of 20 overs.  South African captain Quinton de Kock was the highest scorer for the with 52 runs. Also contributing with the bat was Temba Bavuma, who made 49.

Thanks to the unbeaten knock of 72 by Kohli, India achieved the target with one over to spare. Shikhar Dhawan made 40.

Kohli, who was adjudged Man Of The Match, said after the match, “You reminded me of the best T20 game of my career so I got extra motivation from that (on the World T20 match against Australia.) Slightly different pitch today. That’s always going to be a sweet memory, but this one’s nice as well. Bowlers showed lot of character. The pitch was very good and they got off to a good start so it was an outstanding effort from the bowler to pull the game back from us. That’s exactly what we’re looking at, try out new people and see who stands up under pressure. It’s the badge in front of my shirt. It’s a pride to play for my country so whatever it takes to get over the line, I will do. Get the team across the line anyhow. If you want to make your team win, you’ll find a way.”

His South African counterpart de Kock said, “I think we got off to a good start. Towards the end they bowled pretty well, they understood the conditions a lot quicker than we did. There was a lot of pressure coming in for some of the new guys and I thought they played really well. Obviously we didn’t get a winning start but I thought they held their nerve very well. Unfortunately, when there was pace on the ball it looked like it was easier to bat on, so it was about taking the pace off. But then they batted really well. I’ve had some time off since the World Cup so I was nice and refreshed and quite hungry to get out there.”

The two teams will once again lock horns in the third T20 International on 22 September.