Pakistan on Friday were bundled out for 105 runs in just 21.4 overs before losing to West Indies by seven wickets at the Trent Bridge cricket ground in Nottingham. 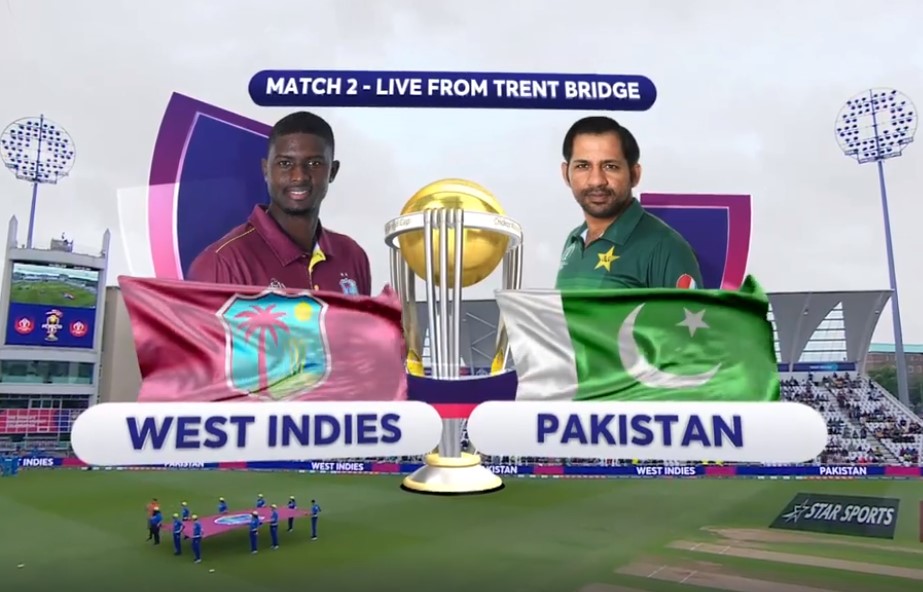 Batting first, Pakistan made a nightmarish start to their World Cup campaign as men in green were all out for just 105 runs and could not complete their quota of 50 overs. Their pathetic display of batting saw only four batsmen reach double-digit scores. Fakhar Zaman and Babar Azam were the highest scorers with 22 runs each. Mohammad Hafeez and Wahab Riaz scored 16 and 18 runs respectively.

For West Indies, Oshane Thomas and skipper Jason Holdar picked up four and three wickets each with Andre Russel chipping in with two wickets.

The team from the Caribbean had no problem in chasing the total of 105 as they needed just 13.4 overs to complete the task. Chris Gayle emerged the highest scorer for his side with 50 runs while Nicholas Pooran remained not out at 34. Gayle, Shai Hope and Darren Bravo were the only batsmen that West Indies lost while successfully chasing the target.

Friday’s performance by West Indian bowlers have made them a serious contender for the World Cup, which they last won in 1979. As for Pakistan, the defeat at Trent Bridge has come a serious blow to a team that won the Champions Trophy, also known as the mini World Cup, two years ago in England.

Pakistan will next take on England on Monday at the same venue, while West Indies have a break before taking on Australia on 6 June, also at the same venue. England had defeated South Africa in their opening World Cup encounter on Thursday, thanks to the all-round performance by Ben Stokes.