The official data released by the Central Statistics Office on Friday revealed how India’s economic growth had slowed to a five-year low between January and March this year. The contributing factor for this slow growth was said to be the poor performance in the agricultural and manufacturing sectors. 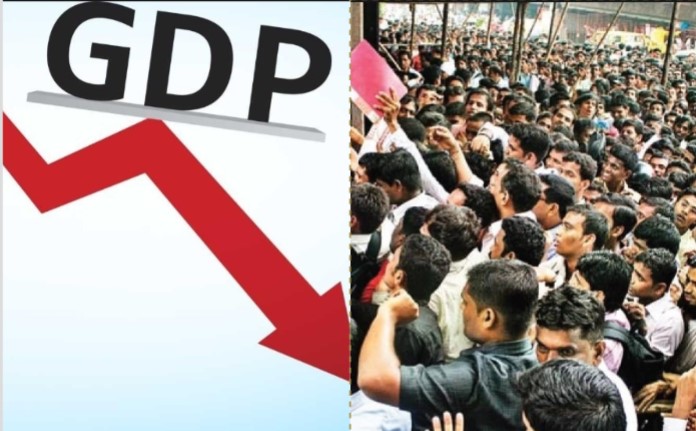 The CSO data also revealed that the GDP growth during 2018-19 fiscal year had consistently experienced a downward trend clocking an average of 6.8 percent, lower than 7.2 per cent in the previous financial year.

Meanwhile, the statistics ministry also confirmed an earlier report that India’s unemployment rate was at 6.1 per cent in 2017-18. This came as a sharp contradiction with its own stand before the Lok Sabha polls when a newspaper in January reported  the unemployment was the highest for 45 years.

The news evoked criticism from the critics of Prime Minister Narendra Modi, who took a swipe at the central government for its questionable five-year rule at the Centre. AIMIM President Asaduddin Owaisi wrote on Twitter, “Modi can’t even better his own mediocre record. Record unemployment? Lowest GDP? Modi hai to mumkin hai Of course his core voter won’t complain. He’s awake only when Gau lynching falls below 5% or when young Dalits ride a horse in their wedding baaraat.”

Of course his core voter won’t complain. He’s awake only when Gau lynching falls below 5% or when young Dalits ride a horse in their wedding baaraat https://t.co/o87iOBuoOr

With this gloomy revelation, India also lost the tag of the fastest growing economy in the world.