Mohammed Siraj on Friday became an internet sensation across the globe for displaying ‘great humanity’ during India A’s tour match against Australia A. Siraj’s batting partner Jasprit Bumrah, on the hand, has left everyone in splits for choosing to complete his run even when his straight drive had left Australian bowler Cameron Green in agony. 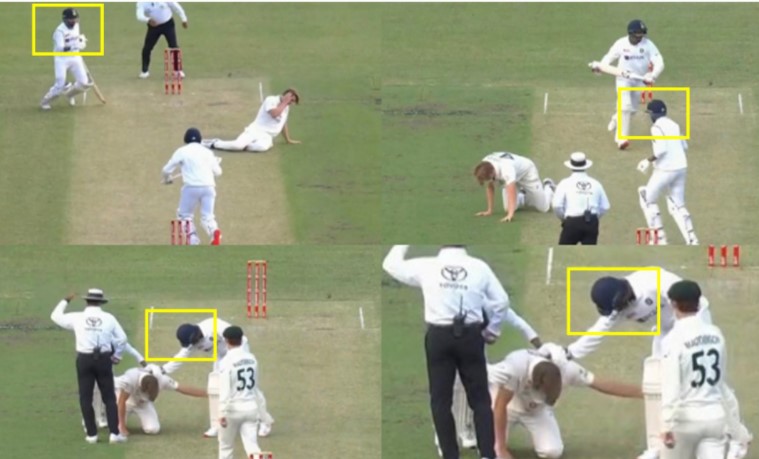 Batting first, India were bowled out for 194 with Bumrah scoring his first-ever first-class fifty. While batting, one of Bumrah’s straight drives hit Green on the head, making him collapse to the ground. Mohammed Siraj, who was batting at the non-striker’s end instinctively dropped his bat and ran towards Green even as Bumrah continued to complete his run.

Siraj’s act earned him plaudits across the globe with everyone hailing his extraordinary act of humanity on a sports ground.

How is this for sportsmanship? Green cops one in the face, Siraj goes straight to check on him. ???? #AUSAvIND #AUSAvINDA pic.twitter.com/ivPYyFF4qa

Mohammed Siraj, this was the heart touching moment in cricket…
Appreciated!??
I love to watch you every time with the ball… Just stay as you are❤️#AUSAvINDA pic.twitter.com/lkAXAPgUVN

Siraj just ran to Green when he was hit , Siraj one awesome guy with awesome gesture : pic.twitter.com/Dw1yAofK9d

Bumrah’s act, on the other hand, evoked hilarious responses from Twitterati. One wondered if he had spent some time with Jofra Archer during the IPL to become selfish on the ground. They were referring to The incident in the 2019 ashes series where Jofra Archer mocked Australian batsman Matthew Wade after hitting him on the shoulder with a nasty delivery. Another user highlighted how Bumrah had gone on to complete his run even after checking on Green despite knowing that his run wouldn’t be counted.

Australia A were bowled out for 108 with Mohammad Shami and Navdeep Saini claiming three wickets each while Bumrah took two wickets and Siraj dismissed one batsman.