Jonny Bairstow made his highest-ever runs in Twenty20 international to guide England to a five-wicket win against South Africa in the first match of the series on Friday. Bairstow remained unbeaten at 86 as England successfully chased South Africa’s total of 179-6. 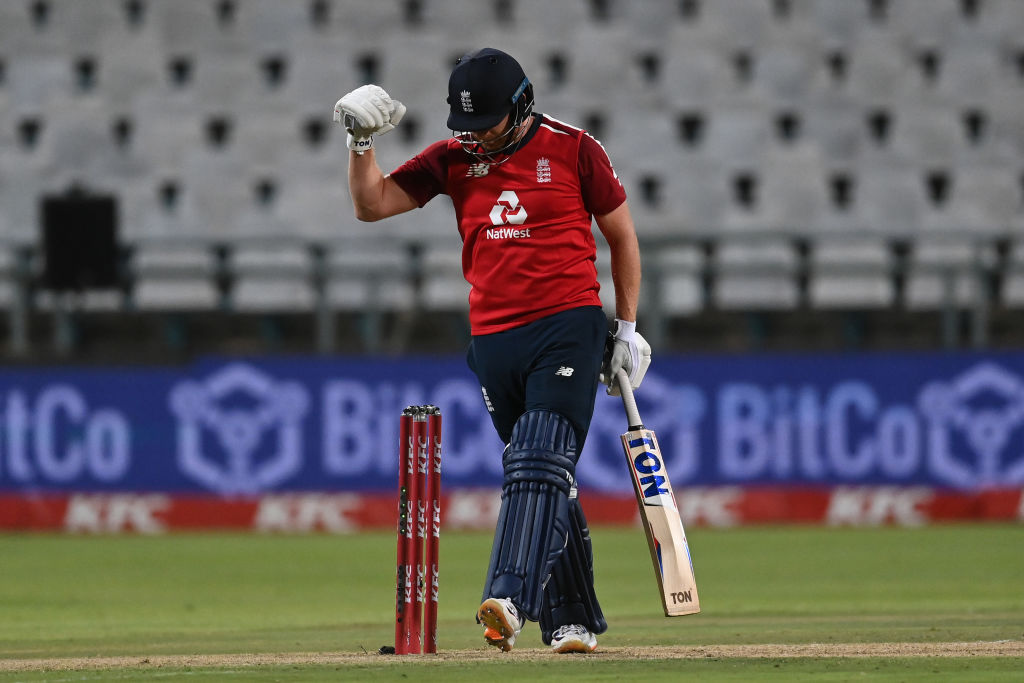 Batting first, South African batsmen looked in aggressive form as they hit English bowlers all around the stadium. Faf du Plessis, in particular, was in menacing form as he played a knock of 40-ball 58 runs. Rassie van der Dussen made 37 runs by facing just 28 balls.

With a 3-28 bowling figure, Sam Curran was the most successful bowler for England.

England’s run-chase began on a disastrous note as they lost their first three wickets when the team’s total was just 34 in the first 5.3 overs. However, Bairstow and Ben Stokes added 85 runs for the fourth wicket to ensure that England romped home comfortably.

Stokes made 37 runs in 27 balls, while Bairstow took 48 balls to score his 86 runs with his knock including four sixes and nine fours.

Bairstow was declared Man Of The Match for his brilliant knock. He said, “Cape Town seems to be one of my favourite grounds. It’s an amazing place to play cricket. It was just unfortunate we didn’t have a special crowd to witness a game like that. I want to be playing cricket for England – that is first and foremost. As long as I am contributing and putting in match-winning performances, whether that be opening, batting at four or six, then so be it.”

South Africa captain Quinton de Kock said that he was convinced that 179 was a good total to defend, adding that ‘unfortunately, it didn’t come off tonight.’