The second Ashes Test between England and Australia at the Lord’s saw plenty of drama on Saturday after the visitors resumed their first innings. With Steve Smith remaining unbeaten, England had every reason to worry about their prospects in the second Test. Smith’s two back-to-back centuries in the first Test was instrumental in England’s defeat at Edgbaston. However, the fourth day’s play at the Lord’s turned quite dramatic after a quick bouncer by Jofra Archer hit Smith on his neck, forcing him to collapse to the ground. 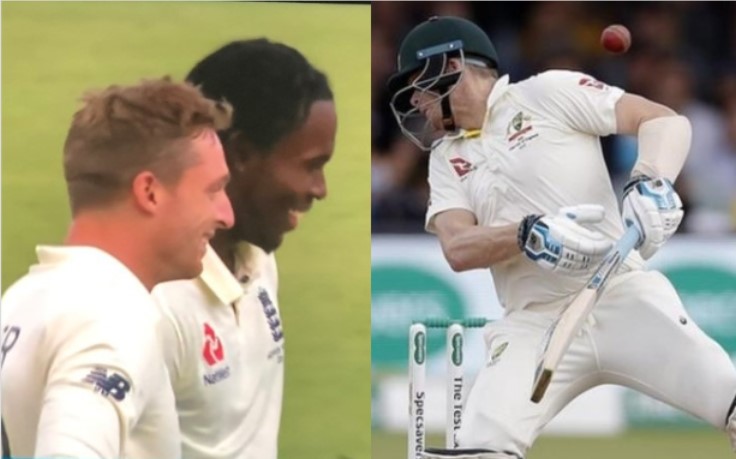 Smith was batting at 82 and was on course to score his third century of the series. However, the star Aussie batsman was in no position to continue batting as he was forced to retire hurt. Moments later, he returned to the ground but could not last long as he was out after adding another 10 runs to his total.

The video of Smith falling to the ground in utter pain went viral in no time. While many were seen applauding Archer for his impressive bowling in his debut Test match, an overwhelming majority of cricket fans on Twitter slammed the fast bowler for his perceived insensitivity. What left them incensed was Archer’s smirk at the sight of Smith’s injury. While Smith was lying on the ground in pain, Archer was seen giggling with one of his teammates.

Jofra Archer bowling unbelievably well but am I the only one who feels he should have shown a bit more care and compassion there? Not sure smiling with his teammates (obviously not about Smith but still not a good look) was the right thing there ?‍♂️

Jofra archer laughing after hitting Steve Smith in the head. Absolute flog, the whole team is full of grubs. #Ashes19

However not all detected insensitivity in Archer’s behaviour. Many experts wondered if Archer was the most lethal fast bowler of his generation. His menacing bouncers had left as many as three players including South Africa’s Hashim Amla in pain during the just-concluded World Cup.

Is Jofra Archer the most lethal bowler in world cricket today? He did this to three batsmen in this year’s World Cup. I’m seriously praying for Steve Smith. Really concerned about him now. pic.twitter.com/0Zeh9C0092

If there is anyone who bowls a meaner, crueller, better disguised bouncer than Jofra Archer, he hasn’t been seen yet.

Whatever Jofra had for lunch, I want some #96mph #Ashes #EngvAus

Australia were bowled out for 250, eight short of England’s first innings’ total. At the end of the fourth day’s play, England were 96-4. Ben Stokes and Jos Buttler were batting at 16 and 10 respectively. England’s overall lead is now 104 with six wickets remaining. Suddenly the second Test match, which lost the opening day’s play due to the rains, has become incredibly exciting.