Bollywood actor Anupam Kher faced incessant trolling on Friday after he took a potshot at the US citizenship of Indian-American comedian Hasan Minhaj for his criticism of the Indian government’s policy on Jammu and Kashmir. Many also asked him for his silence on ‘Canadian national’ Bollywood actor Akshay Kumar. 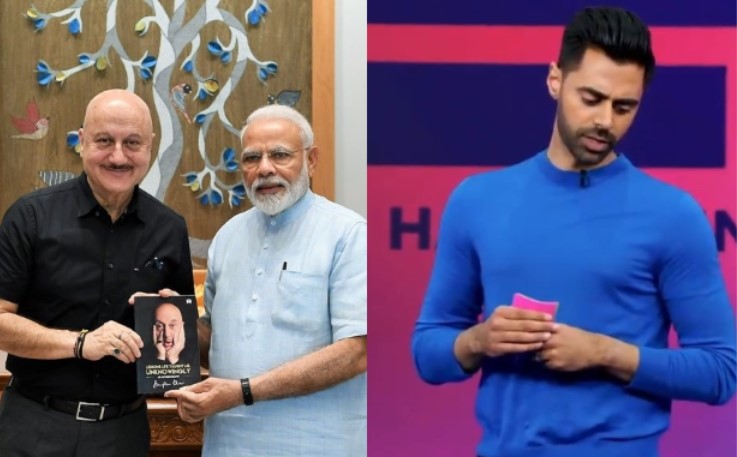 Questioning Minhaj’s credentials, Kher wrote on Twitter, “Correction: Your parents are from India. You are born in US.”

Correction : Your parents are from India. You are born in US. ? @hasanminhaj

Kher was reacting to Minhaj’s recent comments criticising the Indian government’s recent policies including the abrogation of Article 370 on Jammu and Kashmir. In a viral video, Minhaj was heard saying, “On India’s Independence Day, I’m thinking about the people of Kashmir, who are fighting for their own independence.” The video clip was from the latest episode of his political comedy show, Patriot Act with Hasan Minhaj.

Minhaj, who looked unusually subdued, did not stop here as he continued, “I can’t help but think when I think about independence and autonomy, I can’t help but think about the people of Kashmir. Kashmir has been this… they’ve been in this custody battle between India and Pakistan. They’ve been this political pawn used by both countries and I really think on this Independence Day, we should think about the people of Kashmir. The eight million-plus people that live there.”

As India celebrates its independence, let’s think about the people who don’t seem to have any right now. #Kashmir pic.twitter.com/cGGoUcMbPw

Kher sought to highlight Minhaj’s US nationality implying that he had no legitimate right to question the Indian government’s policy on Kashmir. No sooner had he posted his tweet, many Twitterati began to brutally troll him asking what business he had to speak about Kashmiri Pandits when he was born in Himachal Pradesh. Others asked him why the actor had not criticised Akshay Kumar for lecturing on patriotism when he was a Canadian citizen.

Your parents may be from Kashmir. You are born in Shimla. So don’t call yourself Kashmiri… https://t.co/dZMw3t2ENO

So @AnupamPKher thinks videshi deshbhakts should not comment on India’s “internal matters”?

All Indian origin Americans and BJP supporters in the US and West, please take note. If @hasanminhaj is disqualified, so are you. Boom!https://t.co/sV3PSk8XZG

Correction: you are neither Kashmiri nor pandit!!! Neither Indian nor Hindu!! Neither actor nor human being!!! Neither intellectual nor preacher!!!@chaiwaalabhakt @chaiwaalibhakt

What about our Canadian desk-bhakt (aka akshay kumar) who peddles and profits from his commercial desk-bhakti.

The Indian government recently revoked Article 370 giving special status to people in Jammu and Kashmir and bifurcated the state into two union territories.