Indian bowlers particularly Mohammed Shami, Ishant Sharma, Umesh Yadav and Ravichandran Ashwin on Thursday wreaked havoc reducing Bangladesh to 150 all out in their first innings in the first Test match in Indore. While Shami took three wickets, the other three bowlers shared two wickets each. Shami, in particular, was devastating as he narrowly missed the chance to claim a Test hat-trick. 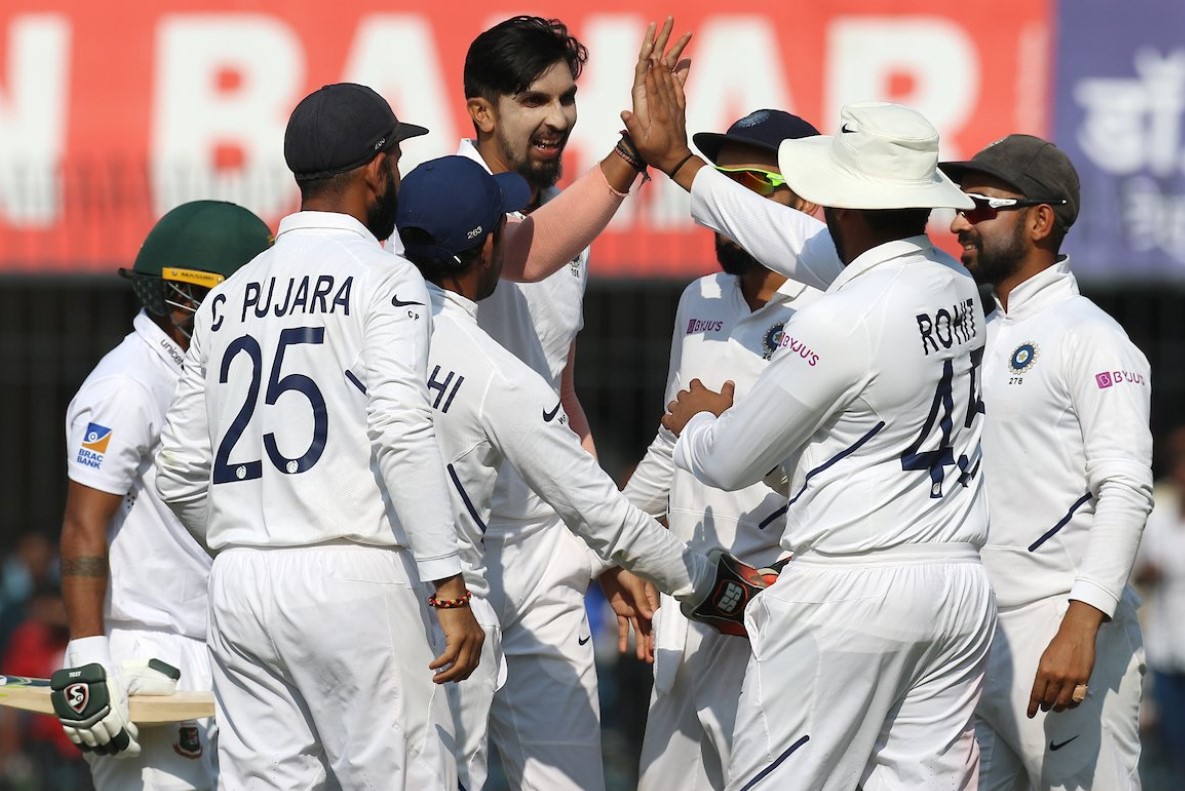 Batting first, Bangladesh found it difficult to face the menacing bowling attack by India. Barring Mushfiqur Rahim (43) and Mominul Haque (37), no other batsmen were able to show any resistance against the Indian bowlers.

Batting legend Sunil Gavaskar praised Shami saying that he had worked hard on his fitness adding that he was the bowler, who India could turn to at any stage of the game. Former India spinner Gautam Gambhir said that the player from Moradabad had the potential to become one of the greatest bowlers in India.

In response, India ended the first day’s play at 83-1 with Cheteshwar Pujara and Mayank Agarwal batting at 43 and 37 respectively. The only batsman getting out today was Rohit Sharma, who was out for six off Abu Jayed’s bowling.

Meanwhile, former England captain Michael Vaughan has courted a fresh controversy with his comments on the Indore pitch. This all started by Vaughan’s first tweet that read, “This Test Match pitch in India is a belter.” However, his tweet did not go down well with some Indian fans with one even invoking racism angle. One user asked, “Why because it’s green and represents a seamer instead of a turner? Expand your mind Vaughn, not every wicket has to represent a white mans pitch.. diverse wickets make test cricket interesting.”

Reacting to Twitter’s user racism allegation, Vaughan replied, “White mans pitch !!!!!!!! What a strange comment …. Do you not see the diverse nature of the England Cricket team these days!!???”

India will aim to build a big total against Bangladesh on Friday when Pujara and Agarwal resume their innings. According to Gavaskar, the wicket is going to turn batsman-friendly as the match progresses.