IAS topper Tina Dabi Khan showed her romantic side when she publicly acknowledged her love for Athar Aamir Khan, her IAS topper husband. The occasion was her birthday when Athar decided to not just extend his birthday greetings for his wife, but also used the opportunity to express his love for Tina as he showered plenty of red hearts. To outsmart her husband, Tina responded with a ‘thank you’ note for her ‘love.’ The adorable exchange of words between the IAS couple was reminiscent of a plot from a romantic Bollywood blockbuster. 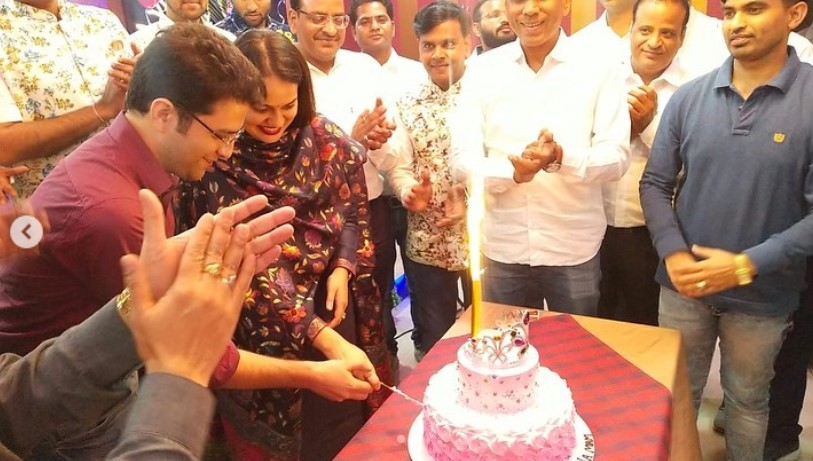 As expected, their extraordinary public display of love for each other has set the internet on fire leaving their fans mesmerised.

Athar’s message had read, “Wish you a very very happy Birthday. @dabi_tina  May you always rise and shine. May your every day be filled with joy, happiness and awesomeness. I am truly blessed to have you in my life. Love you forever and ever.”

Wish you a very very happy Birthday. @dabi_tina ❤️ May you always rise and shine. May your everyday be filled with joy, happiness and awesomeness. I am truly blessed to have you in my life. Love you forever and ever. ??

Tina too had wasted no time in responding to her husband’s birthday wishes as she wrote, “Thank you so much my love .”

Tina later informed her fans how she had cut a birthday cake in the presence of what appeared to be her subordinates. Standing next to her was Athar as she carried out the usual birthday rituals.

Soon Athar’s Instagram timeline was inundated with ‘Happy Birthday’ messages from the couple’s fans. Both Tina and Athar enjoy a huge fan following on Instagram, where the couple have amassed followers in lakhs.

Tina added ‘Khan’ to her surname changing her Instagram bio to announce her new identity as a Kashmiri bahu. Both Tina and Athar are currently posted in Rajasthan’s Bhilwara district as SDMs.