India on Wednesday defeated Australia by 13 runs to secure a consolation win in the three-match series, which was won by the hosts 2-1. 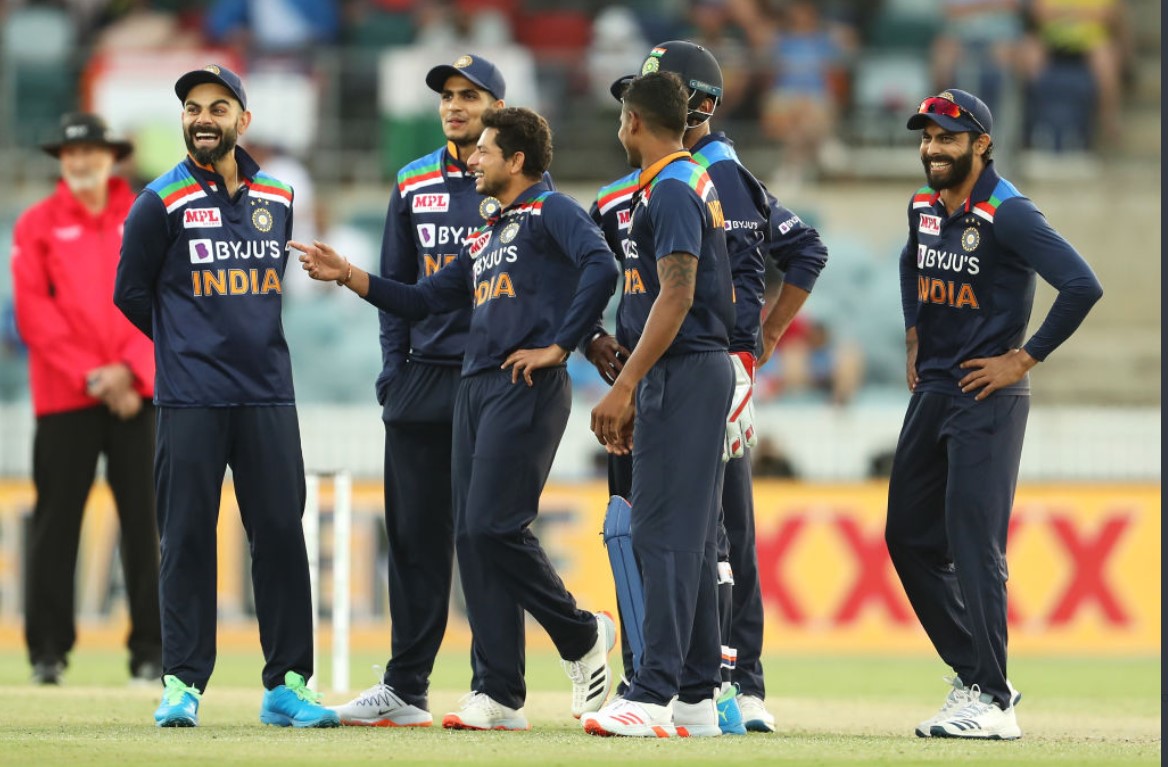 Batting first, India made 302-5 in 50 overs with Hardik Pandya remaining unbeaten at 92. Also shining with the bat was Ravindra Jadeja, who remained not out at 66 that he faced 50 balls to score. Together they added 150 runs in 18 overs for the sixth wicket. Earlier, skipper Virat Kohli had made 63 runs to give stability to the Indian innings.

Australia’s run-chase began on a cautious note with Marnus Labuschagne and Steve Smith failing to replicate their earlier performances. Smith, in particular, has been in a devastating form by scoring two back-to-back centuries in the series. However, he faced 15 balls on Wednesday to score just seven runs. Captain Aaron Finch once again rose to the challenge and made a gutsy 75. Glenn Maxwell too repeated his earlier performance and made a quickfire 59 by facing just 38 balls. One of his sixes came from a reverse sweep, covering a distance of 100 meters.

In the end, Australia were bowled out for 289, falling short of 14 runs.

Shardul Thakur was the most effective bowler for India, taking three wickets. T Natarajan, who was making his ODI debut, claimed two wickets.