India on Monday defeated West Indies decisively by 257 runs in the second Test and won the series 2-0. Team India has already won the ODI and Two International series against the hosts. 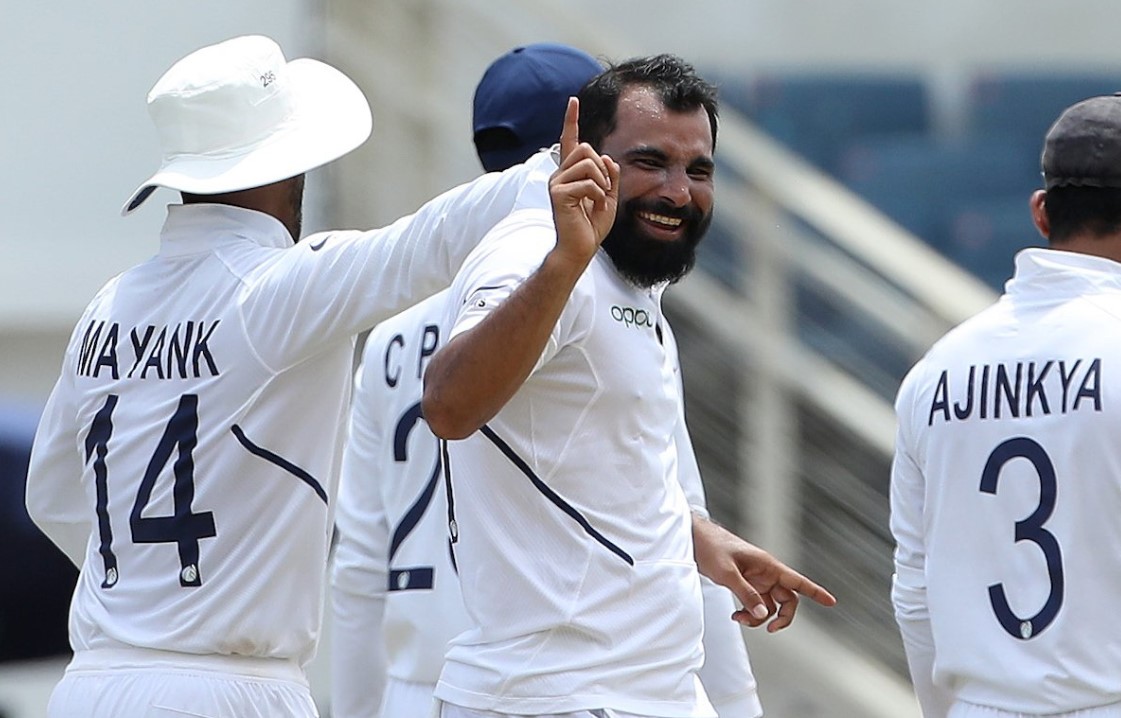 West Indies needed 468 runs to win but they were bowled out for 210 runs with Sharmarh Brooks being the only batsman to score 50. Jermaine Blackwood and skipper Jason Holder scored 38 and 39 runs respectively. Mohammad Shami and Ravindra Jadeja picked up three wickets each, while Ishant Sharma and Jasprit Bumrah took two and one wicket respectively.

West Indies were bowled out for just 117 runs in their first innings after Jasprit Bumrah wreaked havoc and picked up six wickets including a hat-trick against the hosts.

Bumrah had become the third Indian bowler to achieve this feat in Test matches. India’s Hanuma Vihari scored a century and a fifty in both his innings of the second Test match.

Reacting to India’s win, Sachin Tendulkar tweeted, “Congratulations to Team India on a fabulous series win. It’s been a joy to watch @Jaspritbumrah93 in this series. His hat-trick was special and the progress he has made in Test cricket has been absolutely terrific.”

Congratulations to Team India on a fabulous series win.
It’s been a joy to watch @Jaspritbumrah93 in this series. His hat-trick was special and the progress he has made in Test cricket has been absolutely terrific.#WIvsIND pic.twitter.com/OvbvoTJUk0

Hanuma Vihari was adjudged Man Of The Match for his splendid batting performance. Kohli heaped praises on Vihari after India’s emphatic win. He said, “Was a game full of grit and determination. According to the surface, it was a top class innings (Vihari). He’s someone who is sure of his game and it shows. Dressing room feels calm when he’s batting. That’s a quality he possesses naturally. He’s willing to improve. Accepts and corrects his mistakes. Plays with a lot of heart. Always up to do anything for the team. It’s a very young career so far but he’s shown why he’s been backed and selected in this team.”

West Indian skipper Holder said, “Obviously disappointed. Didn’t play a complete game in either match. Lots of problem with the batting. Need to put scores and fight out the tough periods. Tough question on how to fix the batting. It’s an individual thing. Quite a bit of time till we play the next Test match so time for players to take some ownership. Pleased with the bowling. We were just commenting that we have been on the field in every single day of this Test series, and every single time our bowlers have delivered. India are a quality side. They wore us down.”