Shaheen Shah Afridi on Friday became the youngest bowler ever to take a six-wicket haul when Pakistan defeated Bangladesh by 94 runs. The win was not enough for Pakistan to qualify for the semi-final due to an inferior run-rate, but 19-year-old Afridi’s phenomenal performance became a topic of intense social media conversations. 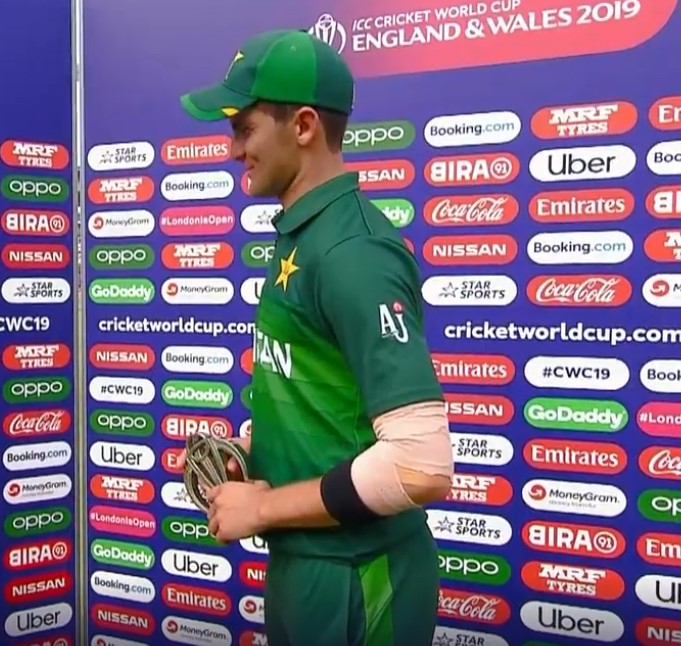 Afridi was adjudged Man Of The Match for his scintillating spell of 6-35. He finished the World Cup with 16 wickets in just five matches since he was not picked in the national team for the first four matches of the competition.

Speaking to Ramiz Raja after the match, Afridi said that the Man Of The Match trophy was very special for him since ‘this was for my abbu (Dad).’ This was in response to a question from Ramiz, who asked about the significance of the Friday’s Man Of The Match award.

Afridi’s deadly yorker proved to be too difficult to negotiate for Bangladeshi batsmen. When asked about his ability to bowl yorkers, Afridi said that he had asked his senior players in the team on what they thought of him bowling that delivery. 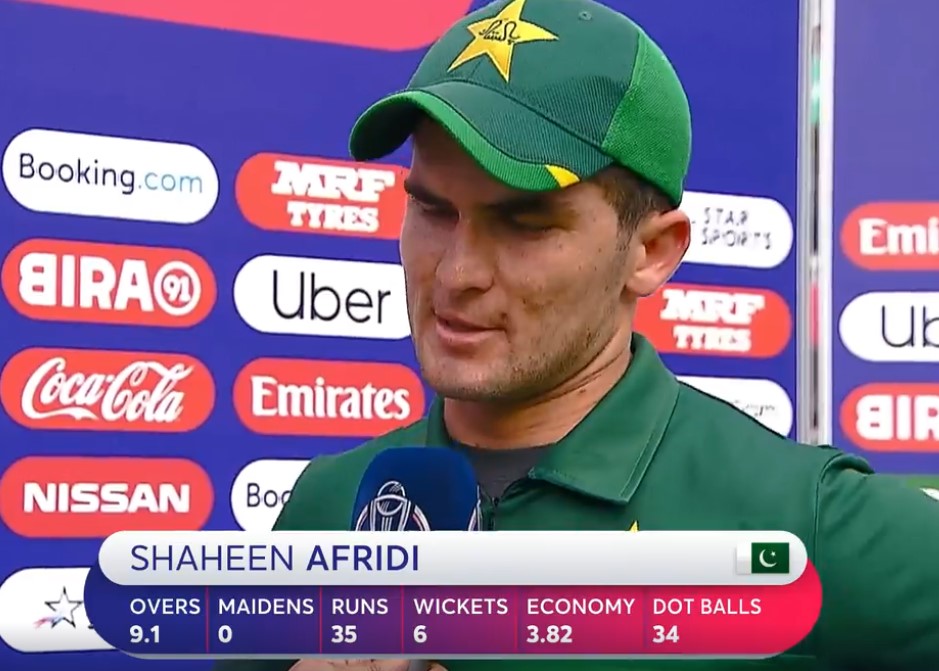 He said, “This is a special feeling for me, for my family and all Pakistanis. Whenever I wanted to bowl yorker, I asked senior players ‘what do you think, should I bowl yorker?’ They said yes, so I bowled yorkers.”

Here’s how Twitterati reacted to the birth of a new bowling star in Pakistan and his ‘cute’ interview.

Shaheen Afridi looking at his trophy smiling and telling the world “this is so special it’s for my abbu” we smiled with you my kinggg!

Love how Shaheen Afridi dedicated hos man of the match award to his “abbu”. Brought a tear to my eye. #PAKvBAN #CWC2019

This man of the match award is for my Abbu (Father).

The biggest positive from this tournament for Pakistan: Shaheen Shah Afridi #PakvBD

– They sledged him in a warm up match.

– He destroyed them in knock out match.

What a bowling performance of this young lad in his first ICC tournament!??
16 wickets for Shaheen shah Afridi in just 6 innings.. ??
What a gem discovered for Pakistan.???
Also becomes the youngest bowler to take 5-wickets haul in a world cup match ❤❤#shaheenafridi pic.twitter.com/abDC0bJYkQ

Pakistan’s World Cup campaign has had some very strange team selections. None more so than Shaheen Shah Afridi not being picked for matches versus India, England and West Indies#CWC19

Meanwhile, veteran Pakistani cricketer Shoaib Malik had announced his retirement from the One Day cricket. He made the announcement soon after his team defeated Bangladesh in their last World Cup match.