Former India captain Mohammed Azharuddin has revealed how the bat with which he went on to create history in the first three Test matches of his career was chosen by his grandfather. The batting legend on Saturday shared the photos of his old bat that he used to score three consecutive Test hundreds on his debut. 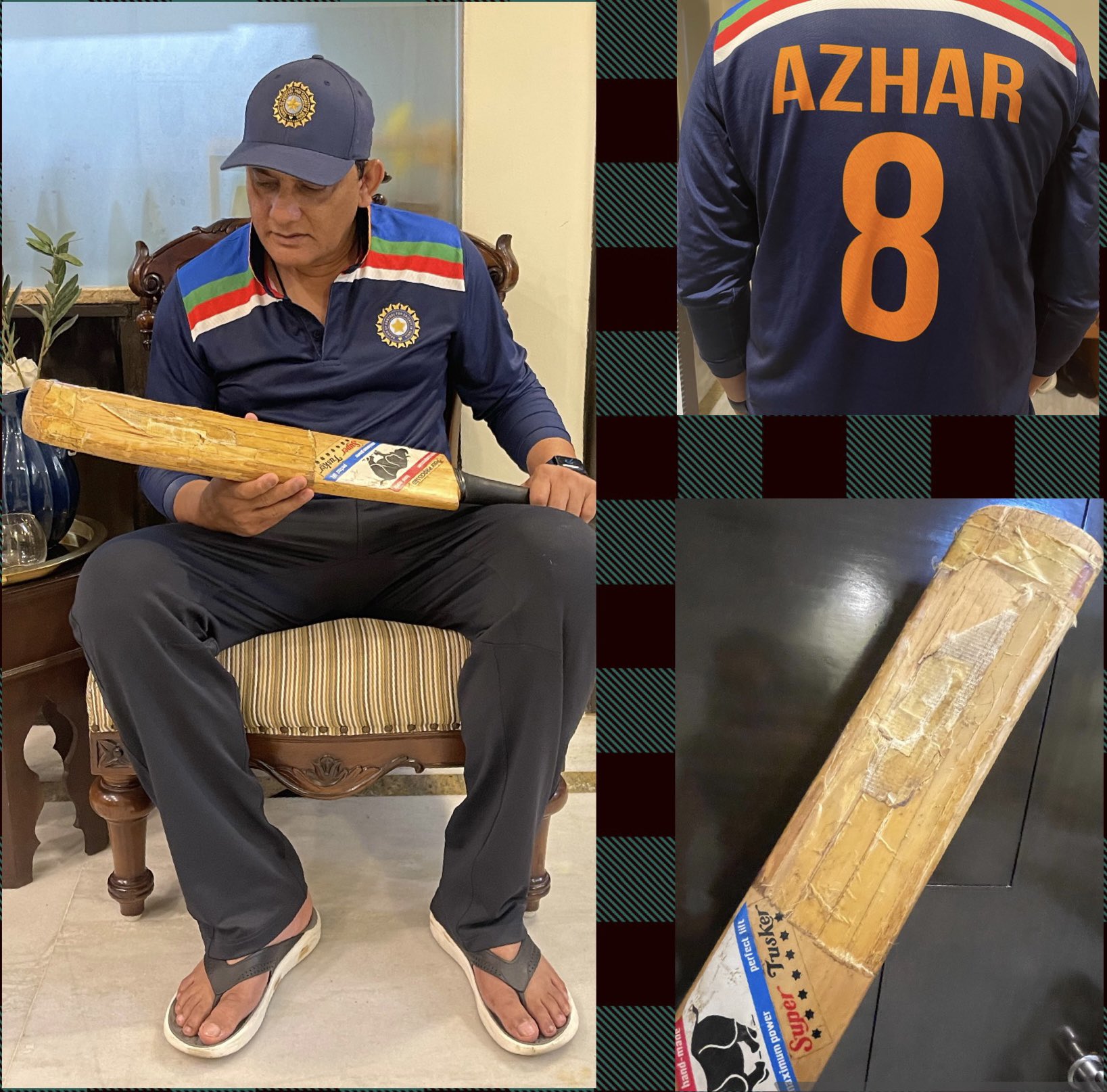 Azhar wrote, “With this bat, I made a world record of three consecutive hundreds in my first three tests against England in 84-85. In a season I scored more than 800 runs with this very bat, chosen by my grandfather.”

As expected, Azhar’s tweet left his fans mesmerised as they fondly remembered his batting style.

Azhar had announced his arrival in Test cricket with a bang as he scored a century against England at Eden Gardens in December 1984 in his debut match. The knock of 110 in his debut Test would also start a new love affair between him and the Kolkata stadium for years to come.

With this bat, I made a world record of three consecutive hundreds in my first three tests against England in 84-85.
In a season I scored more than 800 runs with this very bat, chosen by my grandfather. #FondMemories pic.twitter.com/ci8dkc5tzz

In his second match against the visiting English side in Madras, Azhar scored another century as he played an impressive knock of 105 in January 1985. The stylish batsman from Hyderabad went on to score 122 runs in the third consecutive Test match of his career in Kanpur. This made him the only cricketer in the history of more than 140 years of Test cricket to score three consecutive centuries in his first three matches of his career. No other cricketers in the world have been able to break that record to date.

Azhar played 99 Test matches for India to score 6215 including 22 centuries and 21 half-centuries. He also represented India in 334 One Day Internationals where he scored 9378 runs including seven centuries and 58 fifties.

Azhar is also credited with popularising the significance of fielding in Indian cricket with his extraordinary nimble-footedness in the field. He was also responsible for revolutionising the ‘flick’ shot using his wrist into the game.

Azhar also captained India in 47 Tests and 174 ODIs. He led India to victories in 14 Test matches and 90 ODIs. This was a record at that time, making him the most successful until Sourav Ganguly eclipsed that performance.

His successful career was cut short following match-fixing allegations as he was slapped with a life ban. The ban was later lifted and he made a successful debut in politics by winning the Lok Sabha elections on a Congress ticket from Moradabad.

He’s currently the President of the Hyderabad Cricket Association.