Chhattisgarh IAS officer Ranbir Sharma has issued a public apology after he was caught on camera assaulting a minor for allegedly violating the lockdown rules in the state’s Surajpur district. 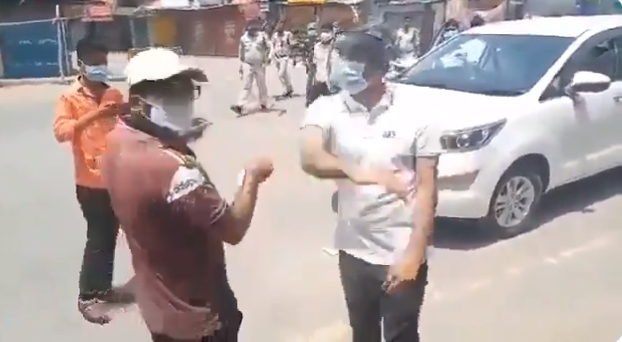 The IAS officer’s action earned him widespread condemnation with netizens demanding strict action against him.

Ref tweet about DM Chhattisgarh slapping man reminds me when I as Chief Passport Officer in 1996-98 sent complainant to PO,Bareilly, our worst office. PO met him & slapped him for complaining. I called him & petitioner(again). Got SHO, Patiala House to send ASI. PO got 2 options:

At a time when distressed citizens expect healing touch from administration this behavior of a senior officer has brought shame to all of us.

With experience I can vouch that the IAS comprises of well meaning & sensitive people. This officer is an aberration. An unfortunate one. pic.twitter.com/qIpNEYb7eY

This is Chattisgarh, #Surajpur ‘s Collector, Mr. #RanbirSharma
The DM’s version is that the youth was over speeding. The youth’s version is that he had gone to hospital to deliver food.
Whatever it is , this behaviour is outrageous & highly condemnable.pic.twitter.com/weV0oFNYHF

Faced with public condemnation, Sharma issued a video profusely apologising for his action. He said that both his parents had tested positive for coronavirus and he was simply too worried about enforcing the coronavirus lockdown to stop the spread of the pandemic in the district.

NEW: #Collector Surajpur #suspendRanbirSharmaIAS issues apology video No apology is enough for this kind of behavior especially when he has had a poor track record. Hope CM @bhupeshbaghel#chattisgarh
doesn’t waste anymore time to act. Chattisgarh Govt credibility in danger. pic.twitter.com/tuY2ddQpRX

Earlier, an IAS officer from Tripura was condemned for using force to stop a wedding party in the north-eastern city.