England cricket team on Sunday pulled off a winning draw after reducing Australia to 154-6 in their 2nd innings at the second Ashes Test. This was after the hosts declared their second innings for 258-5, setting a target of 265 for Australia to win the match. England had taken a lead of eight runs in their first innings. 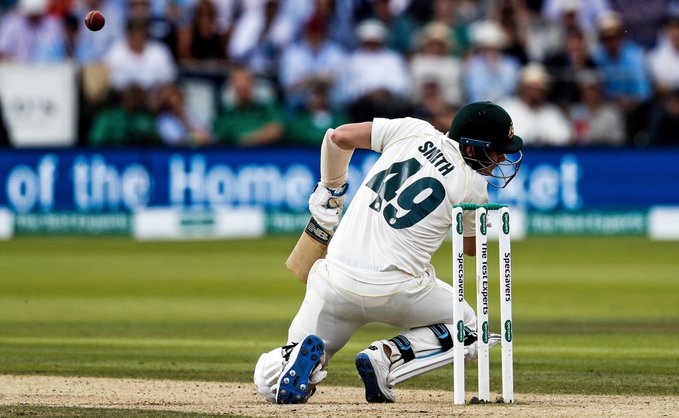 The highest scorer for Australia was Marnus Labuschagne, who had replaced Steve Smith in the second innings since the star batsman had retired hurt in the first innings with a concussion after being hit by a menacing delivery from Jofra Archer. Labuschagne went on to play a knock of 59, while Travis Head made 42.

England in their second innings recovered well after losing four wickets for just 71 runs. Ben Stokes was the star batsman as he remained unbeaten on 115.

Meanwhile, Smit has said that he hopes to be fit for the third Ashes Test despite having to leave the match after being hit by Archer in the neck. “It’s certainly an area of concern, concussion, and I want to be 100% fit,” 30-year-old Smith was quoted by BBC.

England captain Joe Root said that Jofra Archer had changed the dynamic of the Ashes series. “He has come in and had a massive impact,” said Root. He added, “He adds a different dynamic to our bowling attack and has given Australia something to think about.”

England have kept their side unchanged for the third Test, which starts on 22 August at Headingley. Meanwhile, selectors are also assessing the fitness of James Anderson, who had pulled a calf muscle during the Edgbaston Test, which England went on to lose.