England on Tuesday pulled off a thrilling win against South Africa in the second Test match in Cape Town even as Ben Stokes missed out on his hat-trick. South Africa was chasing a target of 438 runs, but they were bowled out for 248 runs with 8.2 overs remaining on the final day of the Test match. The series is now tied at 1-1. 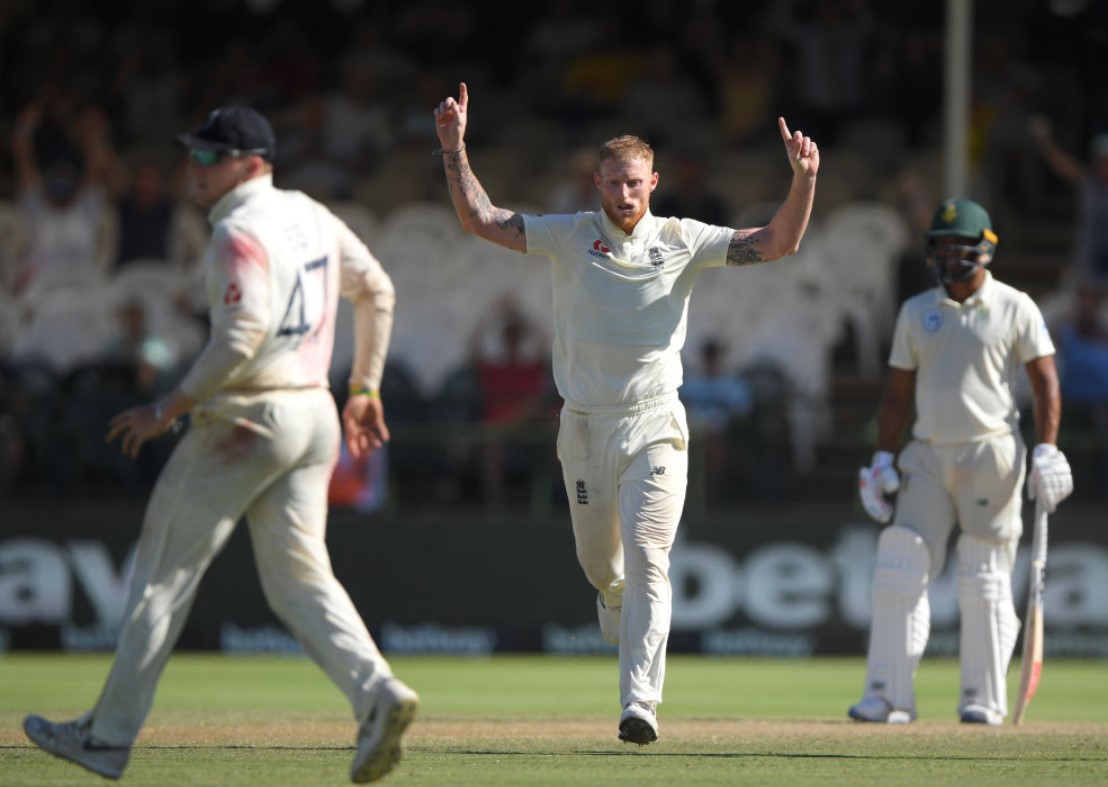 For South Africa, Pieter Malan, who was making his Test debut, went on to score 84 runs in the second innings.

At one point, it appeared that the match will end in a draw after South Africa nicely cruised at 171-5 with Rassie van der Dussen and Quinton de Kock holding the fort for the hosts. de Kock went on to score 50 before falling to Joe Denly. van der Dussen too did not last long and was out off Stuart Broad’s bowling.

England’s hero was Ben Stokes, who bowled Dwaine Pretorius and Anrich Nortje in two successive balls. He, however, failed to complete his hat-trick. A few balls later, Stokes had Vernon Philander caught by Ollie Pope for 8, bringing the end to the South African innings.

Stokes finished with 3-35 with James Anderson and Sam Curran taking two wickets each. Stokes also made 72 off 47 runs in the second innings and 47 off 77 balls in the first innings, making himself a strong contender for the Man Of The Match award.

Dom Sibley remained not out at 133 and captain Joe Root made 61 in the second innings for England.

Former England bowler Ryan Sidebottom said, “You can’t put into context what Stokes has just done. He bowled beautifully.” Former England spinner, Phil Tufnell, was quoted by BBC, “Well bowled, Ben Stokes. The heads were down after tea. We thought the pitch had gone to sleep. Stokes is red in the face, sweat dropping off the face. He has bowled a spell to win the game and it will mean so much for this England side.”