Cristiano Ronaldo has issued a stunning public apology for destroying a fan’s phone after his team Manchester United suffered a humiliating defeat against Everton. The star footballer made an incredible offer to the fan, whose phone he had destroyed in disgust after the match. 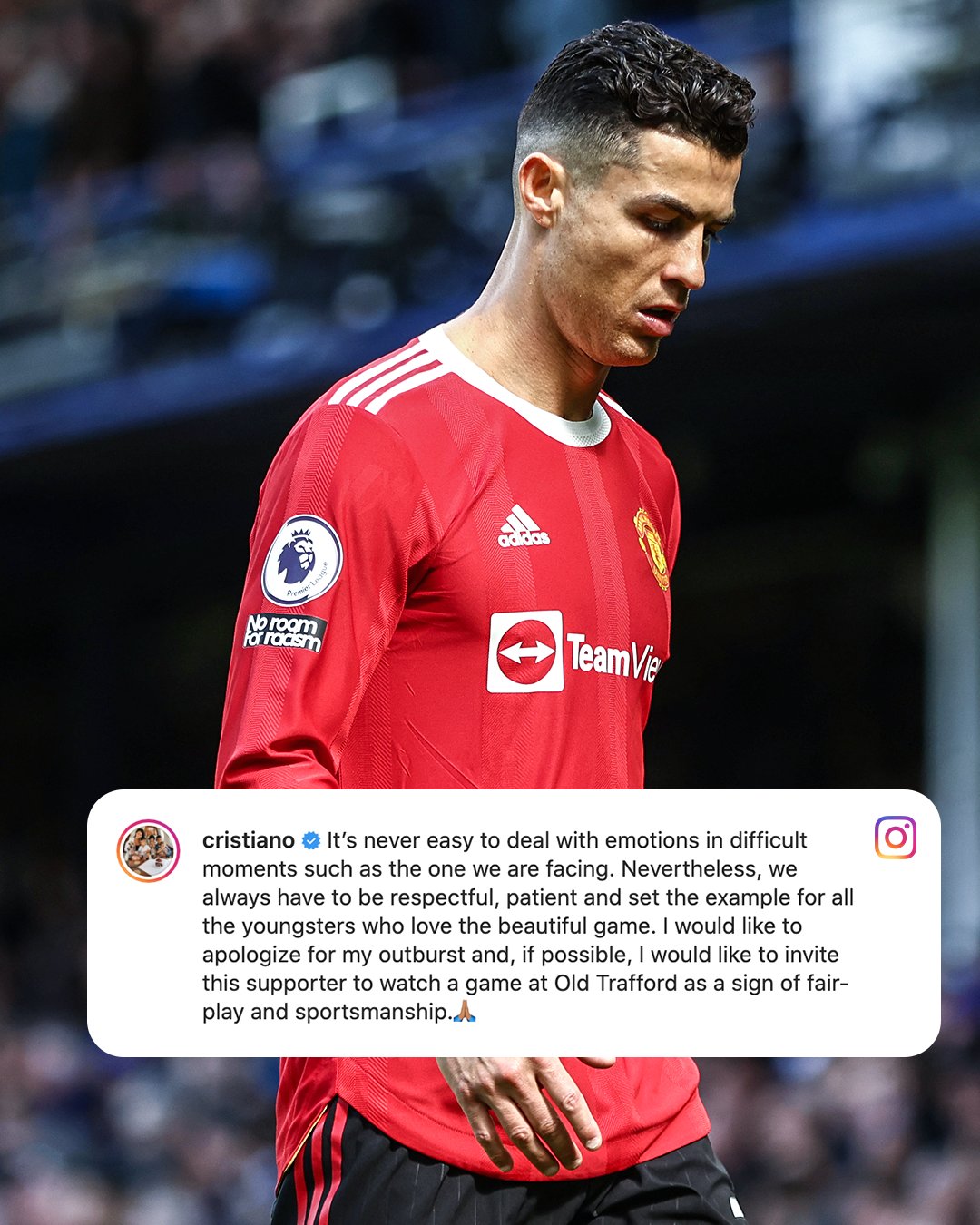 Taking to Instagram, Ronaldo wrote, “It’s never easy to deal with emotions in difficult moments such as the one we are facing. Nevertheless, we always have to be respectful, patient and set the example for all the youngsters who love the beautiful game.”

His gesture earned him plenty of plaudits from fans. One wrote, “You are greatest of all time.” Another fan asked him to buy the fan a new phone.

In the viral video, Ronaldo was seen violently breaking a fan’s phone as Manchester United players left the stadium following a defeat. The defeat against Everton meant that Manchester United may not be able to finish fourth in the points table. The club’s inability to occupy the fourth position will deny them a chance to play in the next year’s Champions League.

Ronaldo assaulted a kid because he lost a game. Crazy pic.twitter.com/2Cr6mYNqT4

As expected, Frank Lampard was elated after the match.