Congress leaders Rahul Gandhi on Sunday revealed that Navjot Singh Sidhu had started his cricketing career as a menacing fast bowler, who had destroyed the former’s team. Gandhi made the revelation while speaking in Ludhiana to announce the Congress’ chief ministerial candidate. 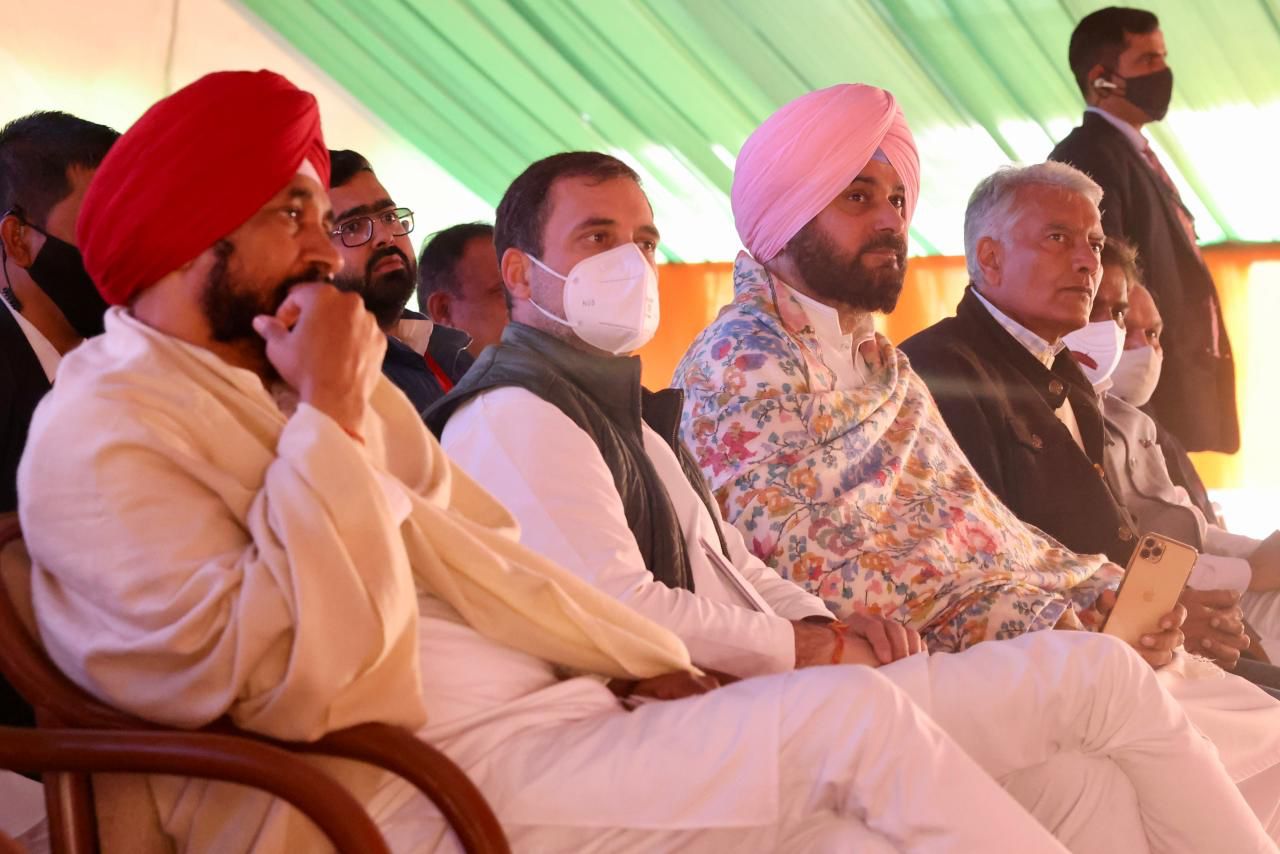 According to Rahul Gandhi, his first encounter with Sidhu was 40 years ago when the former India cricketer arrived in Doon school to play a match against Gandhi’s team. Gandhi said Sidhu was wreaking havoc as a fast bowler as he took six wickets. When he inquired about the fast bowler, his friends told him that the player in question was Navjot Singh Sidhu.

Sidhu, according to Gandhi, came to open the innings for his team and made 98 to inflict a humiliating defeat on the team from the Doon school.

As Gandhi recalled the incident, Sidhu gave his thumbs-up sign to endorse the story narrated by the Congress leader.

Gandhi later announced the name of Charanjit Singh Channi as the Congress’ chief ministerial candidate. Much to the comfort of Congress supporters, Sidhu immediately rose from his chair hold Channi’s hand in a sign of his approval.

Gandhi praised Sidhu for his perseverance and fighting spirit from his school days.

Sidhu had earlier showered praises on Gandhi by thanking him for his ‘visionary leadership’ in appointing a Dalit as Punjab chief minister.

Channi was declared the successor of Captain Amarinder Singh when the latter resigned from his post to form a new party, which will fight this year’s polls in alliance with the BJP.