Zomato founder Deepinder Goyal has revealed that his company was taking care of delivery executive Kamaraj’s loss of earnings and legal costs even as the company placed him on temporary suspension during the police investigation. Goyals’ revelation came after a video of a Bengaluru woman, Hitesha Chandranee, sensationally accusing the Zomato delivery agent of assaulting her went viral on social media platforms. 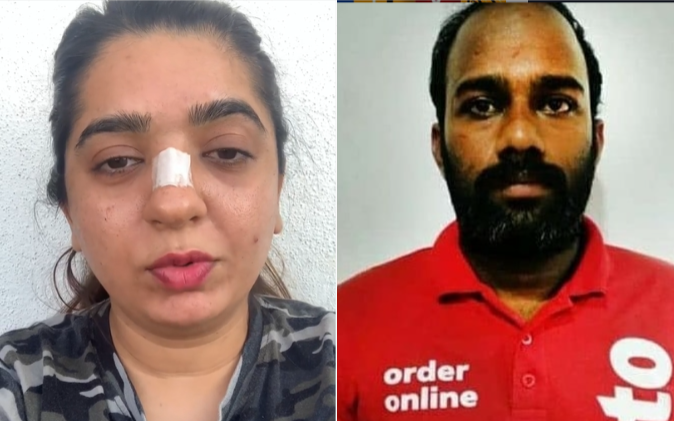 However, the woman began to face public condemnation after Kamaraj presented his side of the story denying her allegations. This prompted many to question Zomato’s decision to suspend Kamaraj. But Goyal said that his company was taking care of his suspended employee’s earnings even during his temporary suspension.

Chandranee had alleged that Kamaraj hit her after she questioned him for the delayed delivery of her meal. But, Kamaraj rejected her allegations that it was the woman, who abused and assaulted him and accidentally injured her nose with her ring when he tried to protect himself from her blows.

Hi Rifat, we are also covering his legal expenses pertaining to the case. For more information, you can refer:- https://t.co/w7AvmHcvEw

Goyal said in his statement, “Right from the get go, our topmost priority has been to get to the truth. Towards that, we are helping both Hitesha and Kamaraj (our delivery partner) with all the support they need while the investigation is pending.”

The Zomato founder also revealed that Kamaraj, who has been delivering for Zomato for the past 26 months, has made about 5,000 deliveries and enjoyed a star rating of 4.75/5.