India’s newest bowling sensation Mohammed Siraj has thanked industrialist Anand Mahindra for gifting him a brand new Thar SUV for the former’s efforts in creating history in Australia earlier this year. Responding to Siraj’s social media post, Mahindra said that ‘no gift is adequate enough to express the nation’s pride in you.’ 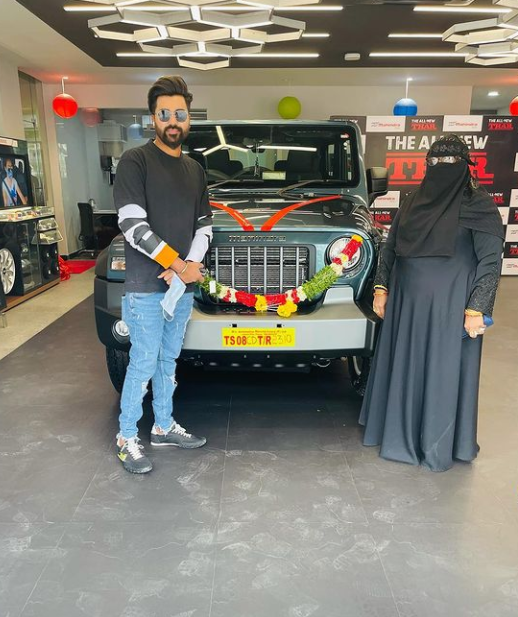 Sharing a photo of the brand new Thar SUV with his mother, Siraj wrote, “Words fail me at this moment. There is nothing I can say or do that will adequately express how I feel about your beautiful gift @mahindrathar.” Siraj said that he was not avilable to receive the gift, prompting his mother and brother to accept it on his behalf. “For now, I’ll just say a big fat thank you #Anandmahindra sir ????
Unfortunately I was not available so this beast was received by My Mother and my elder brother @ayan_mirxa ❤️❤️❤️ #Gaaba #anandmahindra #thar #thankyou,” Siraj wrote.

Mahindra replied, “You have more than adequately expressed your feelings & nothing could make us happier. In fact, no gift is adequate enough to express the nations’s pride in you.”

The industrialist had taken to Twitter to make the announcement, “Six young men made their debuts in the recent historic series #INDvAUS (Shardul’s 1 earlier appearance was short-lived due to injury)They’ve made it possible for future generations of youth in India to dream & Explore the Impossible.”

While Siraj picked up a five-wicket haul in the Brisbane Test, Thakur too claimed four wickets and scored a fifty. Also, leaving fans awestruck were Shubman Gill, who made his debut in Australia along with Siraj, who played 90-plus runs in the last Test. Washington Sundar too rose to the occasion and scored a brilliant fifty. Their collective efforts saw India beat Australia in Brisbane, leading to a 2-1 series win. This was the first time that Australia had lost a Test match in Brisbane in 32 years.